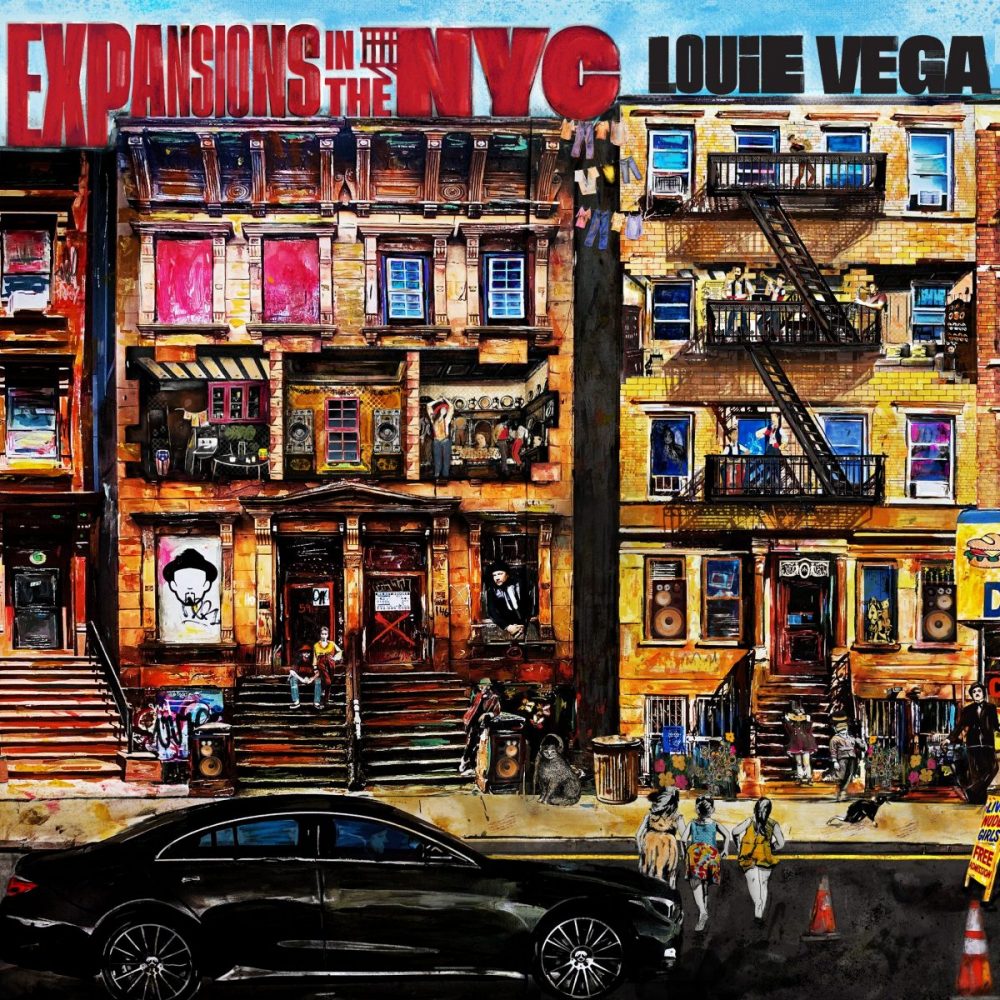 What is it about New York City, that concrete jungle that continually inspires the creative spirit? From Warhol’s Factory to Larry Levan’s Paradise Garage to David Mancuso’s Loft, collectives that celebrate and nurture unfettered, organic artistry have been absolutely intrinsic to the story of this sprawling metropolis. Its latest chapter is being written at the hands of ‘The Maestro’, Grammy Award winner Louie Vega and his Expansions NYC parties, the sound documented in his latest album Expansions In The NYC (Nervous Records).

Starting in February 2019 in Manhattan and Brooklyn venues, Vega’s Expansions NYC parties have their origin not in his revered prowess as a DJ but rather his whole-hearted appreciation of the different elements of the dance floor surrounding him: the dancers, the musicians who bring their instruments to join him ad-hoc on the night, the small, dedicated crowd of clubbers whose ears to the ground keep them informed on the underground party information. The events included 6-hour DJ Sets with Louie under his select curation, and would usually end with 3 AM jam sessions involving keyboardists, guitar players and poets all performing in front of a jam packed crowd. In just a few short years the Expansions NYC events have evolved into an NYC-clubland institution, an intimate celebration of house, funk, disco, afro, R&B and more.

As with his parties, so goes his album. The collective vibe that forms the beating heart of Expansions NYC parties is absolutely front and centre in Expansions In The NYC, Vega drawing in one of the most comprehensive lists of collaborators in recent memory. House heavyweights Honey Dijon, Joe Claussell, Moodymann, Kerri Chandler and Anané rub up against legendary vocalists Bernard Fowler, Cindy Mizelle, Lisa Fischer, Audrey Wheeler and Tony Momrelle. Gospel royalty BeBe Winans and Debbie Winans, pop icon Robyn and rising star Karen Harding sit alongside disco-era champions Unlimited Touch, Cuban jazz pianist Axel Tosca, Nico Vega, Two Soul Fusion with Josh Milan and Vega and underground legend DJ Spinna. At the centre of it all, fingerprint on every beat, touch on every groove, sits a master at work, weaving the individual threads into a rich dance music tapestry.

“In the past few years I’ve found new inspiration both from the musicians I’m working with and the audiences coming to see me at my DJ shows,” Vega says. “So for me this album represents new beginnings, bringing together a beautiful mosaic of artistic perspectives to express musically what we call Expansions In The NYC.”

At its heart, Expansions In The NYC is a love letter to New York, as much as melting pot as the city it represents, the scope of its line-up possible only because of the influence and reverence of Vega the artist, the DJ, the producer, the curator. In creating this album, Louie Vega has once again utterly enriched the lives and libraries of music lovers the world over, far beyond the hustling streets of NYC that have so indelibly left their mark on his work.