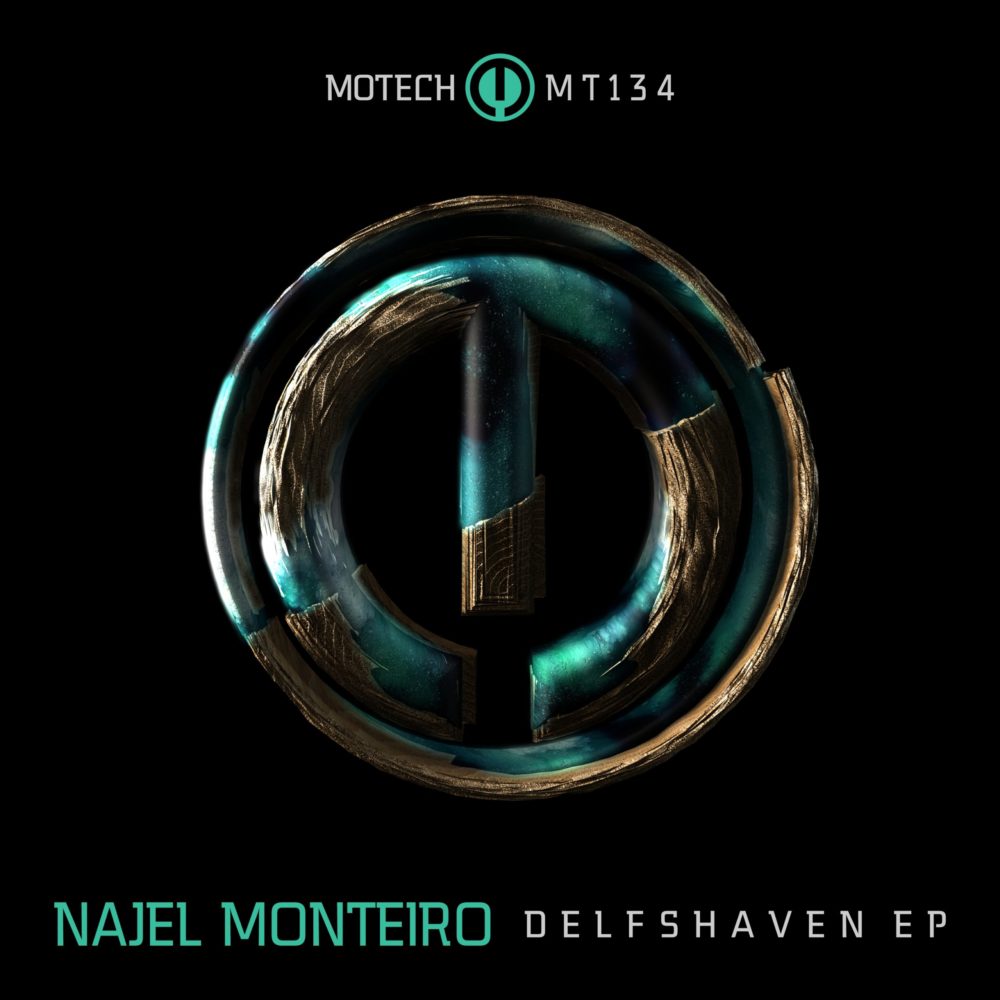 ‘Delfshaven EP’ is the long anticipated second release on Motech Records from Rotterdam’s highly talented Najel Monteiro, and follows on from his exceptional ‘Silence is Acceptance EP’ last year. Monteiro set a high benchmark with that maiden Motech release, and certainly doesn’t fail in delivering the perfect sequel here.

The EP kicks off with the loopy synth crafted banger, ‘HotBox’. ‘Havenstraat’ follows, with a considerably darker dystopian atmosphere. Monteiro informs: “‘Havenstraat’ is the name of the street (in Rotterdam, Netherlands) where I lived most of my life – this is for the people who don’t belong anywhere”.

‘Arina’ is next on the EP and leans more towards the minimal realms of Detroit techno, with intelligent scaling drum rolls, trippy bleeps and interchanging percussive elements. ‘Arina’ is a modern day masterpiece that paints a vivid picture of the chaotic world we live in and beyond. Monteiro says, “This track is the division between people and their complexities while they’re connected to each other”. He adds “‘Arina’ is the inspiration focusing on stepping outside the inner chamber of habitual thoughts and connect to the world, to other people, to reality”.

The final track ‘Terra Preta’ takes on a deeper tribal-esque vibe with rich organic textures; a track with deep house cross pollination that pays homage to Monteiro’s ancestry. “This track is my vision of my African heritage translated into modern times. Everything that happened to us in the past, being suppressed and being looked down on this is my escape” says Monteiro.

‘Delfshaven EP’ displays Monteiro’s unfaltering ability to translate feeling into sonic emotion; he concludes, “Through my past experiences, I feel like I can connect with lots of different kinds of people, because I had to”. We conclude: close your eyes, listen… and see where the music takes you.

‘Delfshaven EP’ [MT134] is available via all digital and streaming platforms from 5 June.