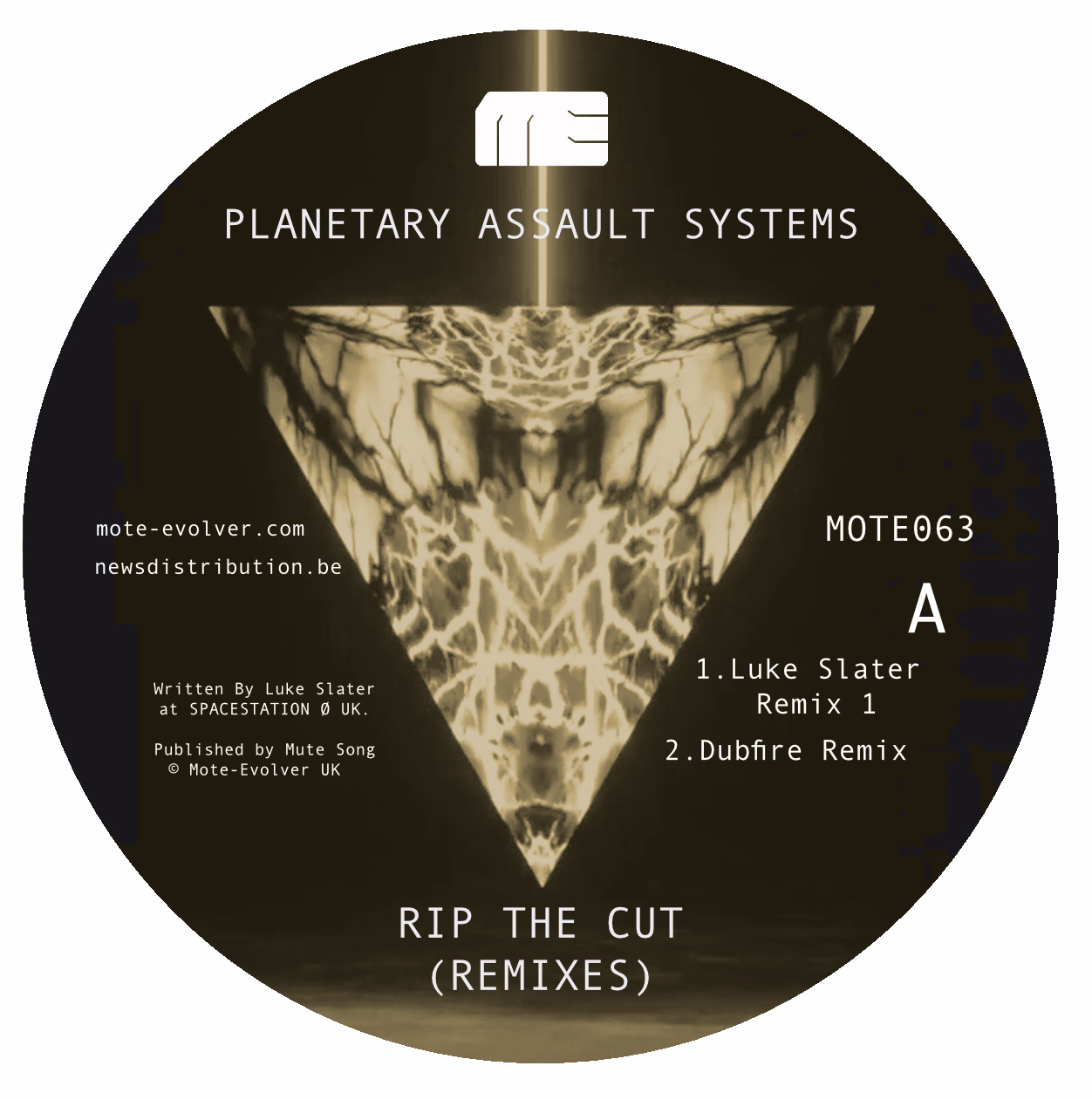 Originally released on Planetary Assault Systems’ 2011 album ‘The Messenger’ on Ostgut Ton, ‘Rip The Cut’ now sees a pair of remixes from Dubfire and The Lady Machine and two new versions from Luke Slater himself for his Mote-Evolver label this April.

On the flip, Slater’s second revision kicks off the B-side with a relentless barrage of drum machines, considered distortion, and a hard-hitting arrangement. Following her recent ‘Magnify’ EP on Mote-Evolver, Pornceptual Resident and Unterwegs Records boss The Lady Machine rounds out the EP, flipping ‘Rip The Cut’ into a certified stomper, applying brushes of expertly crafted additional effects and percussion to the original.