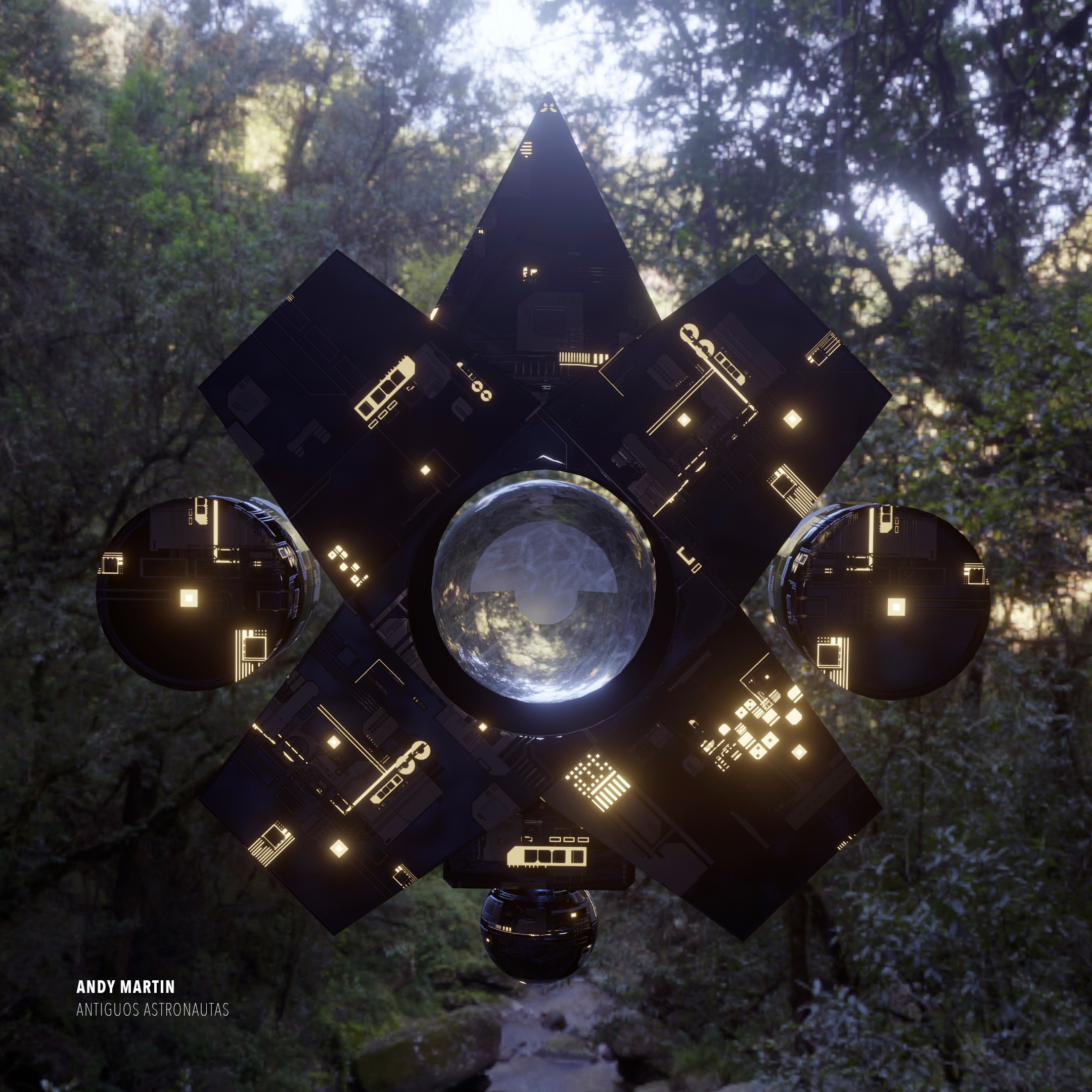 ‘Ancient American cultures usually are seen as something that belongs only to history books and museums, collapsed civilizations with no relevance in our modern world. With the album concept, I would like to make a narrative of these cultures set in a futuristic sci-fi scenario. This is the soundtrack to it.’ – Andy Martin

The LP is based on ‘Ancient Astronauts’, who are believed to be pre-Columbian civilizations possessing advanced knowledge lost to the world and questions what would happen if this technology became accessible in our contemporary universe. The album sees us deciphering mysterious transmissions in the opening tracks before venturing deep into the jungle in ‘Tula’ and ‘Copal’. We enter the machine in ‘Teoria Sintergica’ and ‘Selva Lacandona’, while ‘Electromagnetica’ and ‘Dr. Grindberg’ explore the theories behind the science. Beyond any doubt, ‘Antiguos Astronautas’ is a true masterpiece of storytelling that leaves the listener yearning for more.

Known for his fusion of dub and techno influences, Mexican-Jamaican producer Andy Martin has become a staple in the South American music scene and beyond, frequently DJing in Mexico, wider Latin America and Europe. Owner of an impressive release tally across scores of international labels, he now launches the Diaspora Echoes imprint with a conceptual science fiction album titled ‘Antiguos Astronautas’, featuring artwork referencing a futuristic reinterpretation of the ancient pre-Columbian symbol for movement or motion, the ‘Ollin’.