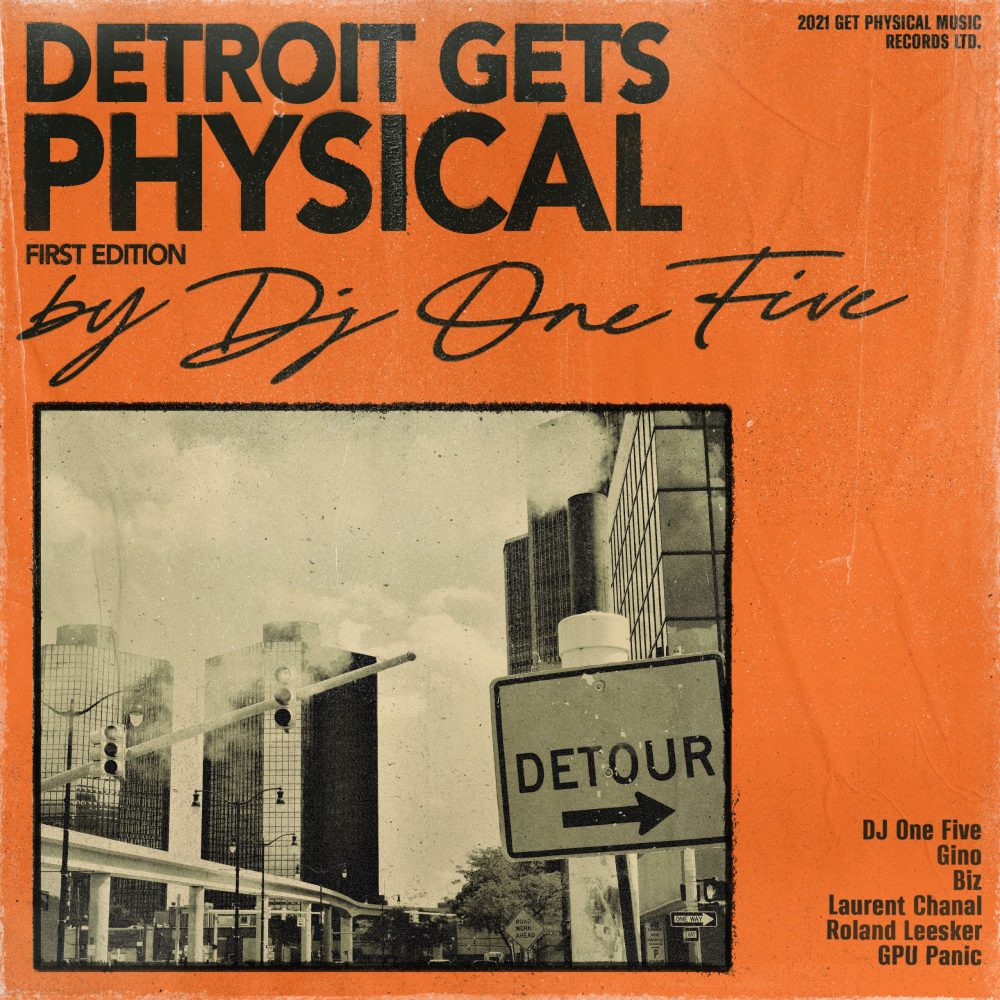 After an exciting build-up featuring key EPs from it, DJ One Five now unveils his full and fantastic Detroit Gets Physical Vol. 1 compilation album.

DJ One Five grew up in the Motor City, exposed to real house and techno from a young age. A 2008 move to Atlanta, another house hotbed, led to a residency at DJ Pierre’s Wildpitch club and tour dates around the US. DJ One Five has since returned to Detroit and has joined the Afro Acid team with DJ Pierre and become a leader for the next generation with releases on the Jack Trax label and now Get Physical. On this excellent compilation, he draws together the tracks and artists that best represent the Detroit sound that is so revered around the world.

The man himself kicks off with the deep, dark house of ‘Love on Dexter Ave’ then builds through the silky, disco-tinged loops of Gino’s ‘Dam I Wrong,’ frosty dub chords and jazz sax lines of Biz’s ‘Citylights’ and hypnotising melodies of ‘Carbon’ by Laurent Chanal.

DJ One Five’s own bumping ‘Russell Woods’ and deep Afro jam ‘Play On Detroit’ feature in the middle of the compilation next to a hi-tek soul remix from Motor City royalty Scan7 and epic deep techno reshape from Vince Watson. There are also blistering broken beats from GPU Panic and far-sighted soulful techno sounds from Biz before a Jon Dixon remix closes down with a brilliantly funk and jazz fuelled house vibe that brings real joy.

This is an authentic snapshot of the current Detroit house sound, compiled by someone who knows it best.