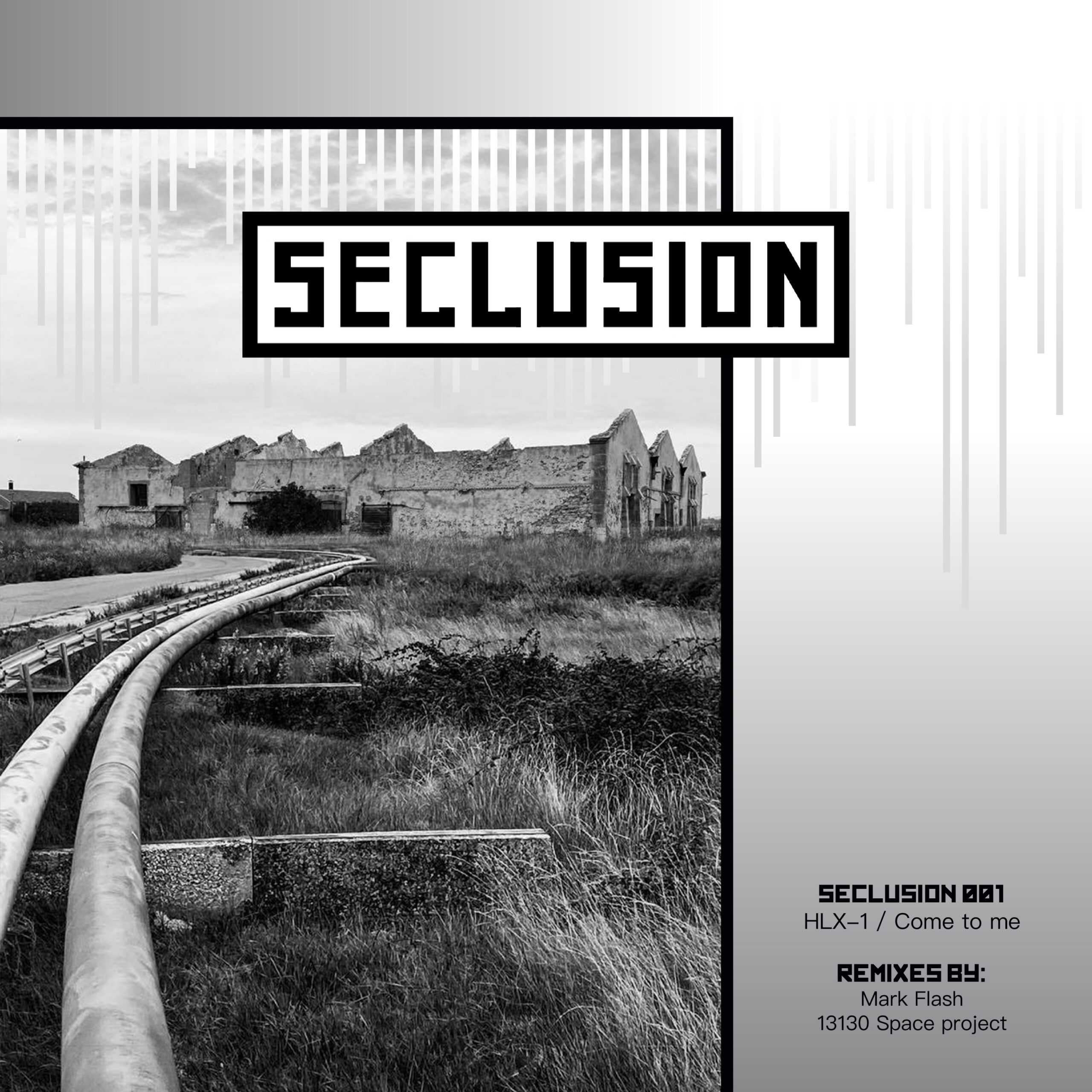 Seclusion is a new digital label from France set up by Damien Lapéna and Anouar Hemissi who also record as 13130 Space Project. For their first release they turn to Detroit’s HLX-1 who deliver two original tracks. The EP also features remixes from the label’s heads, and DTFA’s Mark Flash.

HLX-1 is the DJ and production duo of Mr. Hooper (Ken Clements), and The AM (Ann-Marie Teasley). With Mr. Hooper’s background in piano, and The AM’s background in violin, they are no strangers to playing music. Ken began producing and playing live techno in 2015 with Scan7. Meanwhile, The AM got her start as a guest DJ on NTS in 2018. With records out on Transmat, Elypsia and KMS Mr. Hooper quickly climbed to the top of the production ring. The AM who had just moved back to Detroit after an eight-year hiatus in Miami began to work closely with Scan7, and after being on the same bill at events around Detroit, Mr. Hooper and The AM teamed up to form HLX-1.

‘Come To Me’ is a deep techno ride with its hypnotic vocal and driving beats, while ‘Curious City’ is a spacey groover that’s full of Detroit flavour. Mark Flash needs no introduction. Here he delivers a DTFA (Detroit Techno Funk Association) rework of ‘Come To Me’ that shines a light on his authentic production skills, while 13130 Space Project turn in an equally sublime Remix.

Seclusion is not just a simple music label, but a conceptual vision from Lapéna based on a sci-fi scenario inspired by highlights of his life, development as an artist and problems in the world today but also on the origins of Detroit techno. The label will offer a street-art section (graphics, visuals, comic, merchandise and collaboration with artists). Watch the video teaser here: http://s.epm-music.com/SeclusionTeaser