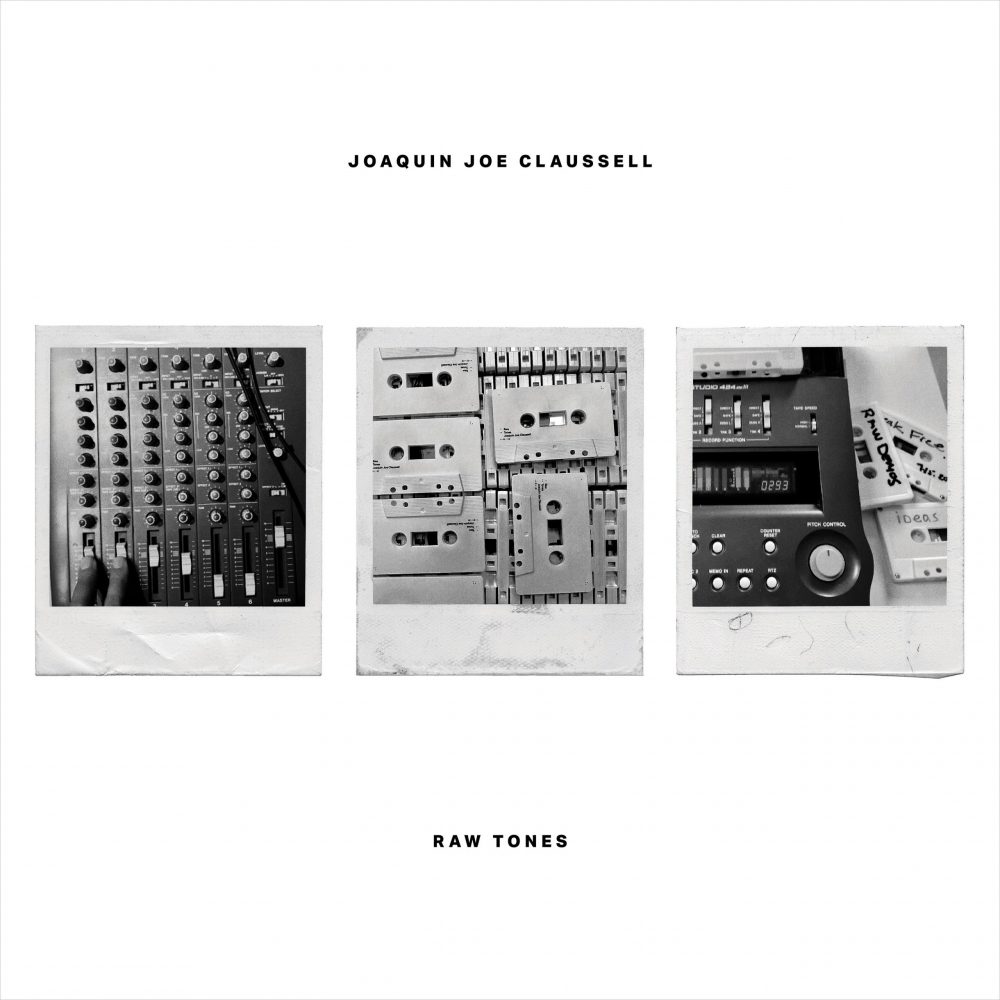 The first LP since 2008’s ‘Corresponding Echoes’ on his Sacred Rhythm Music, Joaquin Joe Claussell arrives on Radio Slave’s Rekids for ‘Raw Tones’, a nine-track excursion through the sound of his exquisitely soulful house music.

Originally released on uber limited cassettes, the music within ‘Raw Tones’ caught the ear of Radio Slave, aka Matt Edwards, who messaged Claussell, a friend since remixing Edwards’ Machine project in 2012, and convinced the legendary producer that the music needed a wider audience and, so, ‘Raw Tones’ the LP is here.

‘Break Free’ ups the energy, bringing a wonky bassline under decisive, machine-like drum hits while both spoken and sung vocals interplay throughout. ‘You Mutha Fuka’ brings rock-solid drums and thick bass underneath delayed vocals before the dreamy chords and twinkling keys of ‘Way Back Then’ close out the B-side.

The gorgeous ‘Air We Breathe (Revisited Cassette Demo)’ marries rolling percussion across live bass and softly drawn out pads, followed by an instrumental version of ‘Break Free’. The final side of vinyl sees the extended trippiness of ‘If It’s All In Your Mind Let It Out’ lead into the floaty low tempo closer ‘Hallucinations Ejaculations’.

“Out of dark times and obscurity rose the creative spirits from within, then came Raw Tones…” Joaquin Joe Claussell (March 2021)

“Amid a three-month mandatory stay at home lockdown, I was forced to search for other ways to satisfy my usual and daily cravings for creativity. With the convenience of producing music inside the box, of which I’ve never grown comfortable with; Fortunately for me I always leaned towards analogue production as my preference; and which is how I started producing in the first place. Luckily, I found tucked away in storage my trusted vintage 4 track cassette portastudio recorder, along with a 50-count box of blank cassette tapes. Dusted off, recalibrated, demagnetised and tape heads cleaned off the machine, I immediately began recording. Comprised of my living room table, a microphone, a drum sequencer / midi controller, and the unique visual assistance of artist Akemi Shimada-the Raw Tones concept came into existence. Experiences of those dark days past are present in these recordings. The great thing was, however, that it immediately became apparent that it was an opportunity for me to pause and reflect on what is most important; a blessing in disguise, a cosmically formed path so to reset and really think things through. All of it resulting in bestowing upon me was a profound reminder that I needed to cherish and therefore not take for granted the concept of simplicity. What you are now holding is the result of what manifested from that concept, but also by the way of contributions given by the unforgiving sounds of sirens, uncertainty, fear, resentment, and mysteriously-an alternate sense of emancipation. Twelve out of 50 compositions produced were specifically chosen to fit within the metaphor and frequency of those very moments and thus selected and in real-time. Fast forward to the now it; by the will of the Rekid Family and in association with Sacred Rhythm Music & Cosmic Arts, some of that above-mentioned experience has been channelled on to a double vinyl format, as well as on a host of digital platforms. We’re all still dealing with the uncertainty of what’s to become of all this chaos and confusion. It is my hopes that you the listener / DJ / Dancer can at the very least find some inspiration by the way of any part of this narrative- musically speaking.”