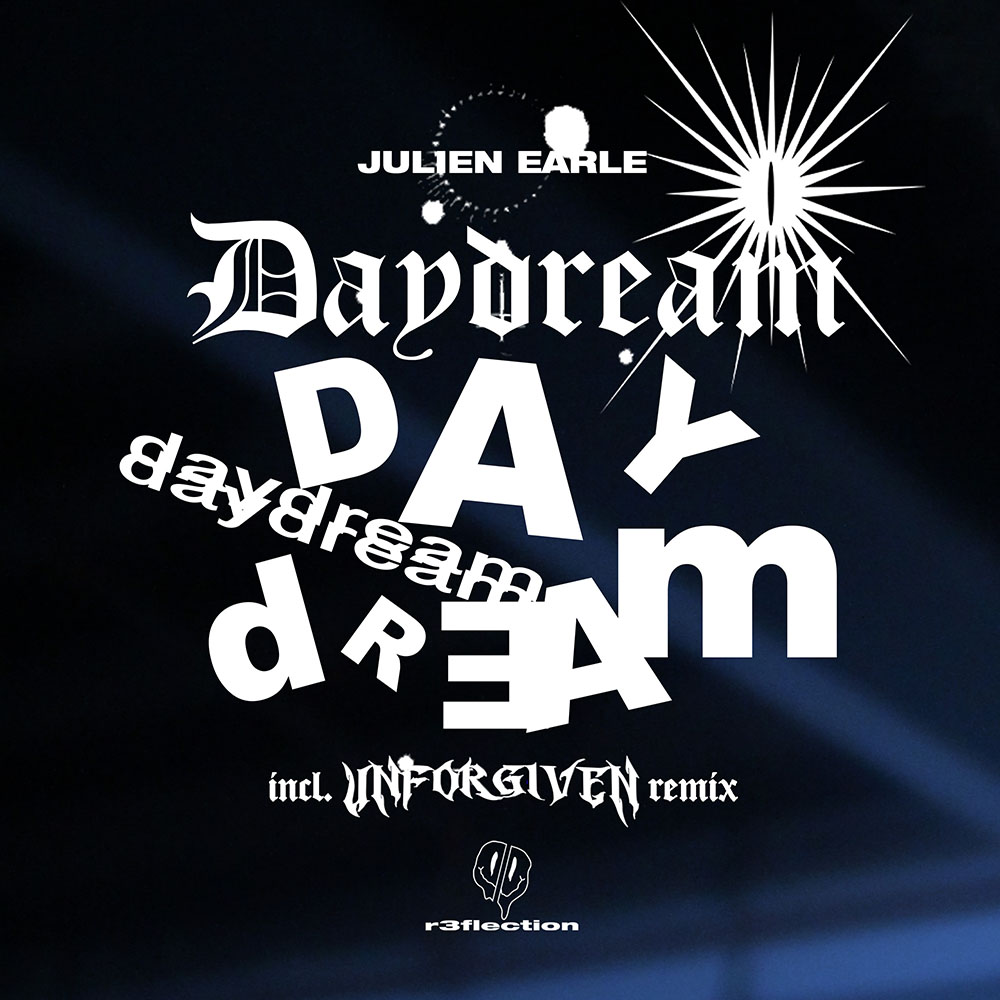 Julien Earle is back on his record label r3flection with a new peak-time techno track titled “Daydream” which also features a thundering remix from UNFORG1VEN.

Based in America, Julien Earle is an accomplished producer who has released his hard-hitting techno tracks on labels such as UMEK’s 1605, Spektre’s Respekt and Pleasurekraft’s Kraftek. His style blends captivating synth lines with pounding percussion, and along with his many solo originals, he has also collaborated with The YellowHeads.

UNFORG1VEN is an artist who is known for his brutal style of techno that combines industrial percussion with sadistic synth lines. His high-energy style focuses on fast tempos and he has dropped tracks on labels such as Dolma Records, Ushuaia Music and Eclipse Recordings.

The original mix of “Daydream” opens the release with its thumping kick drum while the throbbing bassline slowly fades to fill the track with its grinding textures. Thrashing hi-hats and dystopian pads intermingle with pitched down vocals as it leads to the spine-tingling suspense of the main breakdown, before the percussion slams back in and the track lifts up a gear.

Second is the UNFORG1VEN remix which lifts the tempo and chunks up the kick drum with heavy distortion. Focusing on the percussion and tension of the breakdown, it’s an in your face version that takes no prisoners when unleashing hell upon the dance floor.