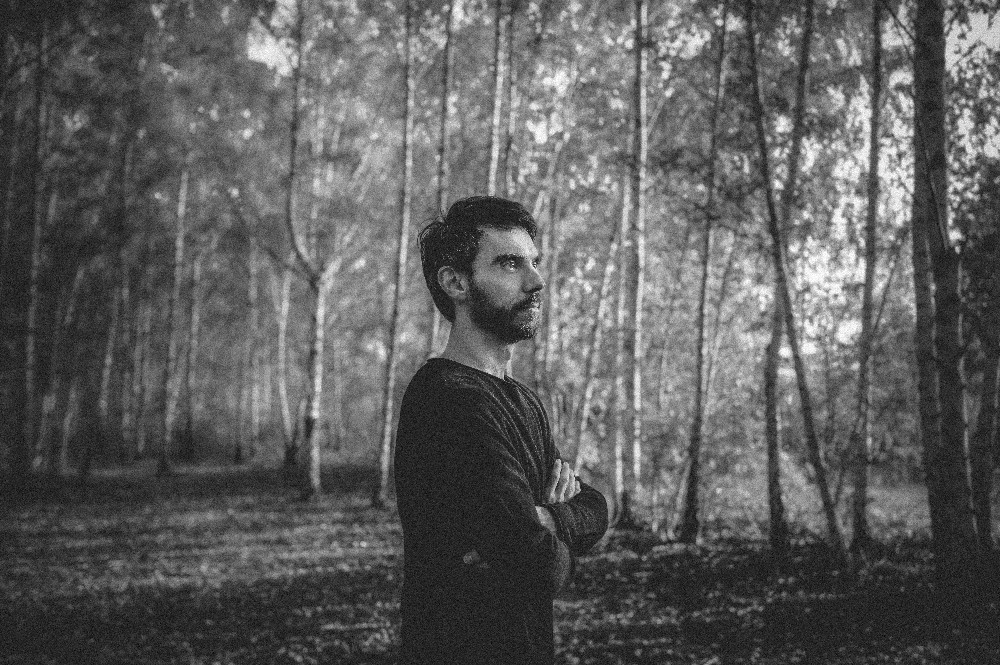 Steve Bug takeover: in this interview we have a chat with the Poker Flat Recordings’ boss, who shares the changes of his personal and professional life due to the pandemic situation, but definitely not least he tells about the story behind his forthcoming album ‘Never Ending Winding Roads’.

– Hello Steve Bug, thanks for joining us!
It’s a pleasure for us to have you on board for this interview, how are you doing? 🙂

– First of all, I’d ask you how do you feel right now in these difficult times?

We are in the second „soft“ lockdown here in Germany, so all climbing gyms are closed as well now, again. After the first lockdown felt more like a studio vacation, and the summer like a Lon time out from traveling, with lots of stood time, lots of bouldering, hanging wit close fiends, and enjoying to be outdoors, it is now grey and cold outside, and I start to really miss touring.

– Touring has been part of your job, unfortunately with the lockdown and the quarantine you had to renounce to travel across nations. Does this thing make a big impact on your
personal and professional life?

Of course, I am not allowed to do what I love most, which at the same time is where most of my income is coming from. Luckily I had some good years in the past, and our government finally seem to understand that in order to help us, the have to change their corona programs for self employed people. I can only imagine what it must feel like for smaller artists, or most of the other people that used to work in this industry. After more than 6 month without any income… I am sure many people had to take on jobs they hate, simply to survive, while most of the other people working in other fields seem to be totally fine, thy maybe had to work from home office, but got paid most of their normal salary all the time, partly from the government. On the personal level, I never spend so much time in one place in the past decades, so far it was okay, since I kept myself busy, but it’s getting harder. I wish I could be playing music for people again, and travel to other countries to do so. But since I can’t I am using the time to do other things, for example I just released my first ever Masterclass with Sinee.de (unfortunately it’s in German only at the moment) for example, and I am spending more time in the studio to make music.

– I noticed you’re really active on Twitter: you said you moved to another studio.
How is going on this moving? Why you made this choice?

I have to move at the end of this year. The main reason is the exploding rents for commercial locations here in Berlin. My contract runs out, and they are now asking for three times as much of what I was paying when I moved in 15 years ago. At the same time the income from producing/releasing music has collapsed to almost zero, because of the digitalization process. Streaming doesn’t pay off for labels or musicians, So mathematically it simply doesn’t make any sense to have such a studio for yourself these days. I am aware that it was a very luxurious situation i had there. It is a huge studio, just one block from my apartment. I truly enjoyed the 15 years I’ve been able to work in that place, but now it’s time to move on. I’m moving into a much smaller space now, but I am truly looking forward to this. I had the chance to re-think the whole concept of my set up, by questioning my workflow. I think I will be very inspired by the new room and set up, and I hope I can move in by mid December.

– Do you consider yourself a hardware fanatic or you trust in a setup of both software and hardware?

I usually love the combination of both. But to be honest, this time I produced the whole album in the box. Not on purpose, I just never felt the need to turn on a synth, I had just moved to a new computer with a ton of new software, and I was truly inspired by all the new plug ins, so I never even turned away from the screen. I am super happy with the result, and I have proven to myself, that I don’t need hardware at all, but to be honest I wouldn’t want to miss it. It’s just great to turn on a synth, and play the keyboard while creating a sound. And it does sound different – dirtier. With plug ins, many times you have to add dirt, with hardware, you have to get rid of some of it.

– Let’s focus on the album ‘Never Ending Winding Roads’. What mostly inspired you to do this?

Well, I had some extra time since I wasn’t able to tour, so I spent more time in the studio. It all started with me opening some recent projects, and starting to finalize them. In-between I was laying down new ideas, and suddenly I had 6-7 tracks that sounded very well together. So I kept on writing more tunes, until I had these 11 tracks. Then I arranged and mixed them, and here we are. 😉

– The album title is significative, does it allude to anything related in every step you made in music?

You can read it in many ways, and I do like to leave it up to the imagination of the people to paint their own picture.

– What can you tell us about the creative process behind the 11 tracks?

I was basically playing around with the new plug ins, this often led to simple track ideas, and by adding more sounds I slowly created the tunes. It’s hard to explain how music writing works for me, it’s a very natural process, and the mood I am in definitely influences the music that I am writing. Since I wrote this album in a rather short period (compare to the last albums), and I didn’t leave the studio/city for touring, which brings in nee influences, I was able to stay in that same zone and come up with 11 tracks, that work very well together, even though they are quite different from each other.

– If you had to pick the three best tracks of the album, which would you choose?

To me this is one piece. My preferences depend on the situation, but I love o listen to the whole album, instead of single tracks. That’s what it’s made for, and that’s how I hope people will consume it, as a whole.

– Your label Poker Flat Recordings deserves a mention: 2020 signs it 20 years celebration,
how do you feel about that?

In a fast ever changing business, it’s a milestone. We would’ve never thought we’d get here when we first started the label. It feels great, and it feels even better, that people still appreciate us being here, and that artists send us demos because they want to be a part of the label as well.

– Are you aiming to something particular with the label in the next years?

The label always grew with the artists that were releasing on it. I mean there is something like a Poker Flat sound, at least people tend to say so, but it’s also in the hands of the artists who we work with. I am not a person who makes a plan where I want to be in 10 years from now, I do things today, and I do them because I stand 100% behind them. Of course you have to keep an eye on the future, but who truly knows what the future gonna look like, so better do something you are satisfied with today.

– Have you got any forthcoming projects you want to tell us about?

It all depends on where this crisis is taking us, how long clubs will have to stay closed etc. I might come up with another album, or a few side projects if the studio is the only place I am allowed to listen to loud music, who knows.

– Thank you for having spent the time to let our readers know more about your music and thoughts!

Thanks for having me.

Steve Bug’s album ‘Never Ending Winding Roads’ will be out soon on Poker Flat Recordings, you can pre-order it via this link: https://stevebug.lnk.to/WindingRoads