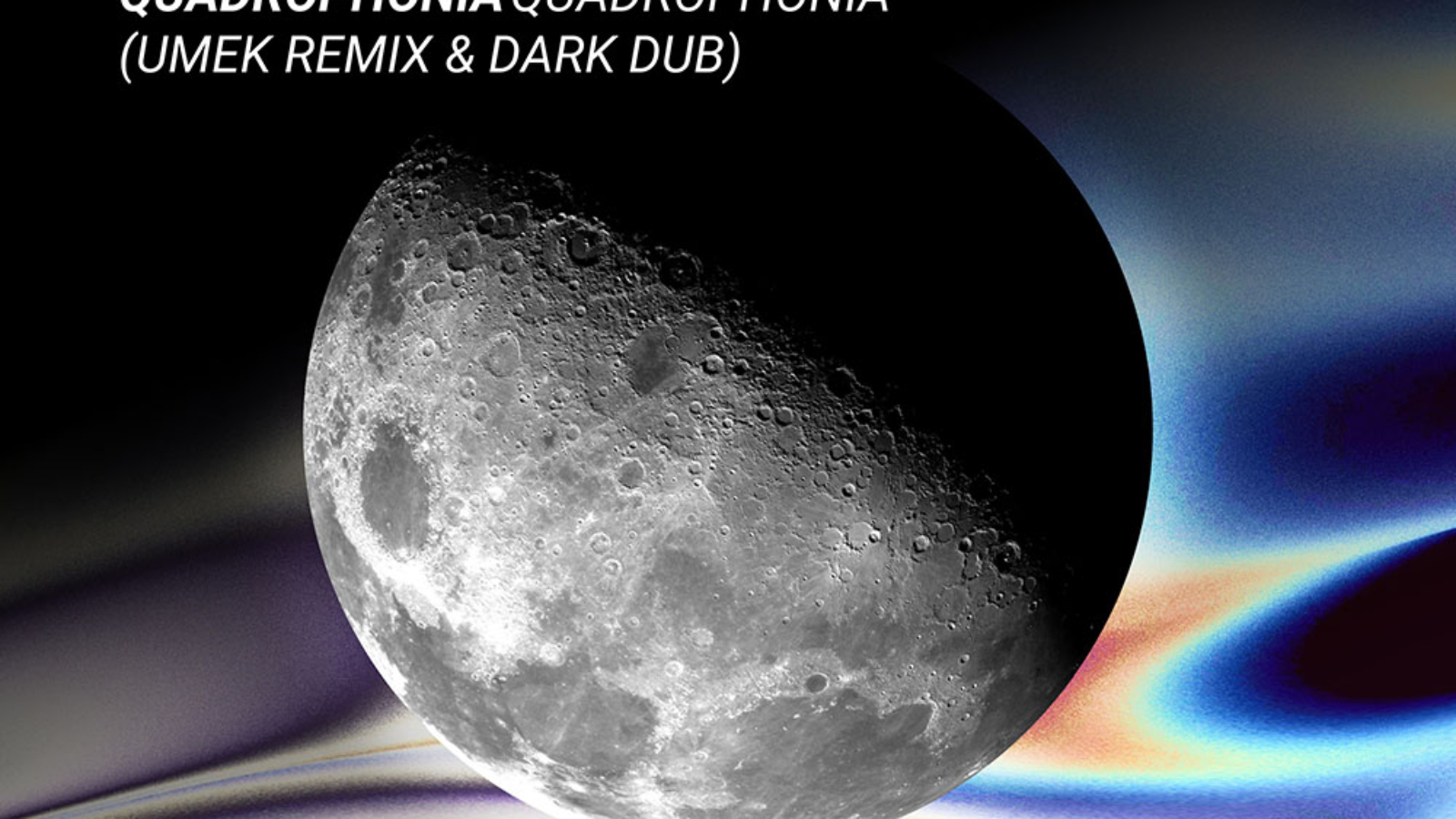 UMEK closes 2022 with what could be his biggest release of the year, as he returns to his 1605 record label with a new remix of a techno classic by Quadrophonia. The release also features a new Dark Dub version by the original artists.

Quadrophonia is a duo consisting of Olivier Abbeloos and Lucien Foort who started releasing electronic music in the early ’90s and their 1991 self-titled track “Quadrophonia” first got UMEK into techno.

2023 is the 30th anniversary of UMEK’s career in music and to mark the occasion he has remixed Quadrophonia’s Quadrophonia to commemorate where it all began for him.

During his career, UMEK has become one of techno’s most iconic artists and his legacy has inspired future generations of talent. Not only has he dropped tracks on record labels ranging from Reinier Zonneveld’s Filth On Acid to Carl Cox’s Intec, but he has also played headline DJ sets at some of the world’s biggest events.

The original version of Quadrophonia has dramatic synth chords and a heavy breakbeat overlaid with hip hop style lyrics that are one of the track’s defining elements. UMEK’s remix revamps the track for a modern era with a new four-to-the-floor kick pattern being one of the main changes.

Creating a whole new backing track, UMEK’s version has fast-paced percussion and snippets of the original’s vocal as it leads towards the main breakdown section, which introduces the original’s breakbeat and chords.

Lifting the energy when the kick slams back in, the remix continues to tease elements of the original as it unfolds with building momentum and explosive energy.

Second on the release is the Dark Dub remix by Quadrophonia and it’s their first remix in over 25 years. They have used snippets of their vocal and added a frenzied lead synth and a new bassline that’s fused with teased sections of the original. They also switch to a four-to-the-floor kick pattern with this new version that revitalises their original.