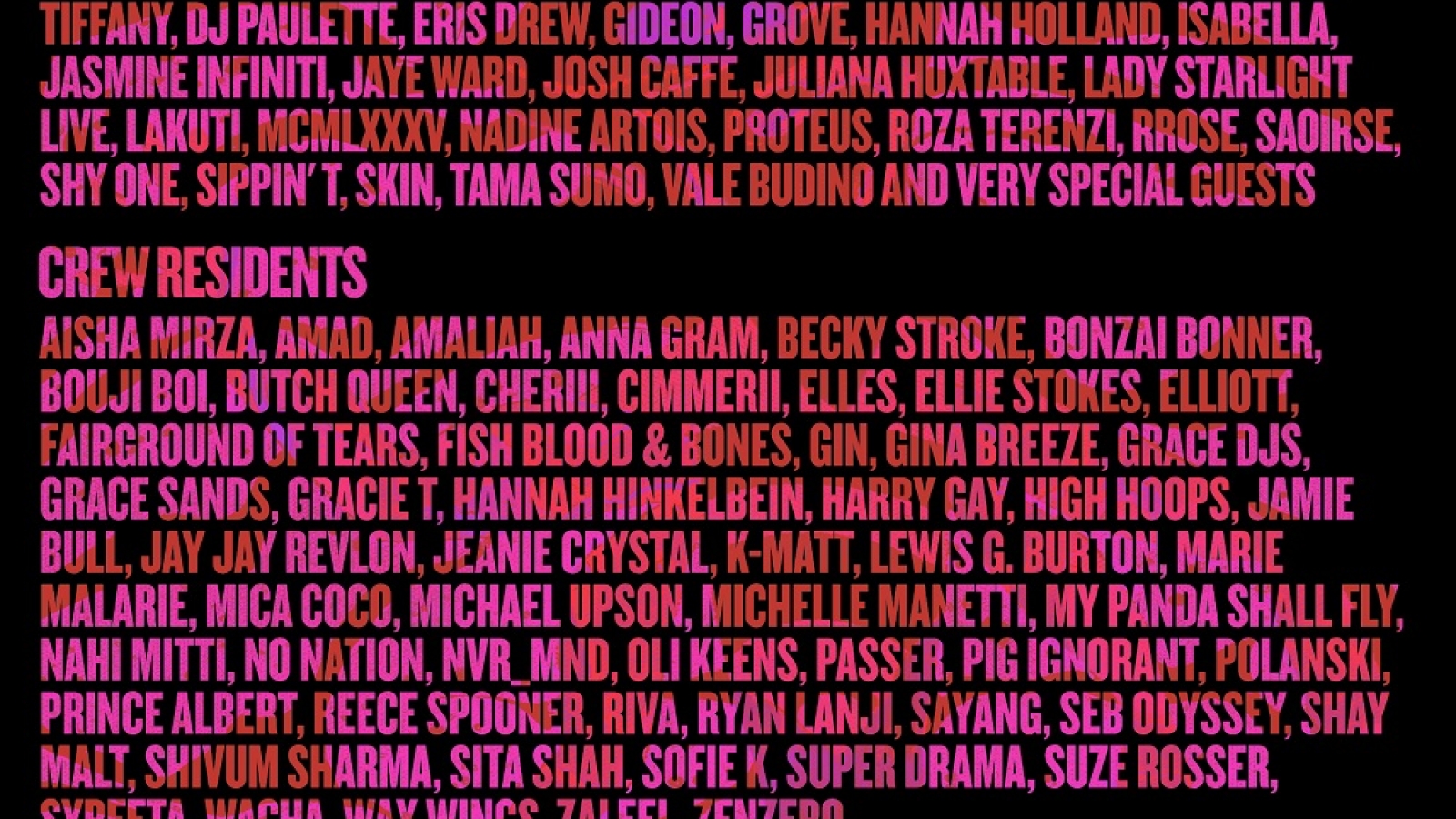 DAY TIME
Hackney Wick’s industrial backdrop will be transformed as Body Movements plays host to a team of revered artists, with Aurora Halal, Cakes Da Killa, Eris Drew, Hannah Holland, Julianna Huxtable, Lakuti, Saorise, Sippin T, Angel D’Lite, and many more stepping up to soundtrack the day time session. Get set for a fully charged day, with each act adding unique energy to the day programme as well as talks, panels, workshops, and sessions (to be announced.) A line-up like no other, the Body Movements programme will shine a light on those who have played a key role to amplify and protect LGBTQI+ club culture.
NIGHT TIME
As night sets in, get prepared for all-out rave where party people share the Body Movements energy in this kaleidoscopic celebration. Heading up the night time DJ duties are some of the finest names in the queer club culture community, including Octo Octa, LSDXOXO, UNiiQU3, Faboo DJs, Charlie Porter, Dan Beaumont, A Man To Pet and special guests to be announced. House, techno, breaks, club, disco, and more, it’s all in there, plus performers and dancers adding an extra layer of magic. Stage hosts for the late night affairs are Herrensauna, Chapter 10, Maricas X Trust, Sippin T X Faboo and Little Gay Brother.

CREWS AND STAGE HOSTS
Body Movements stage hosts and crews will feature the finest names in queer royalty from the UK and way beyond, from London’s much-loved parties Little Gay Brother and Chapter 10 through to NYC Queer party Inferno and Barcelona’s LGBTQ+ techno party Maricas. These crews have been integral in creating safe spaces for the queer community to be free, and each brings a team of their own selectors who’ll be representing the spirit of each individual tribe.

With a truly different day and night program, the carefully curated lineup will see over 100 emergings and established queer, non-binary, and trans artists between the day, night, crews, and stage hosts. From local talent to globally revered greats from the LGBTQI+ community, Body Movements will truly celebrate the full spectrum of club culture.