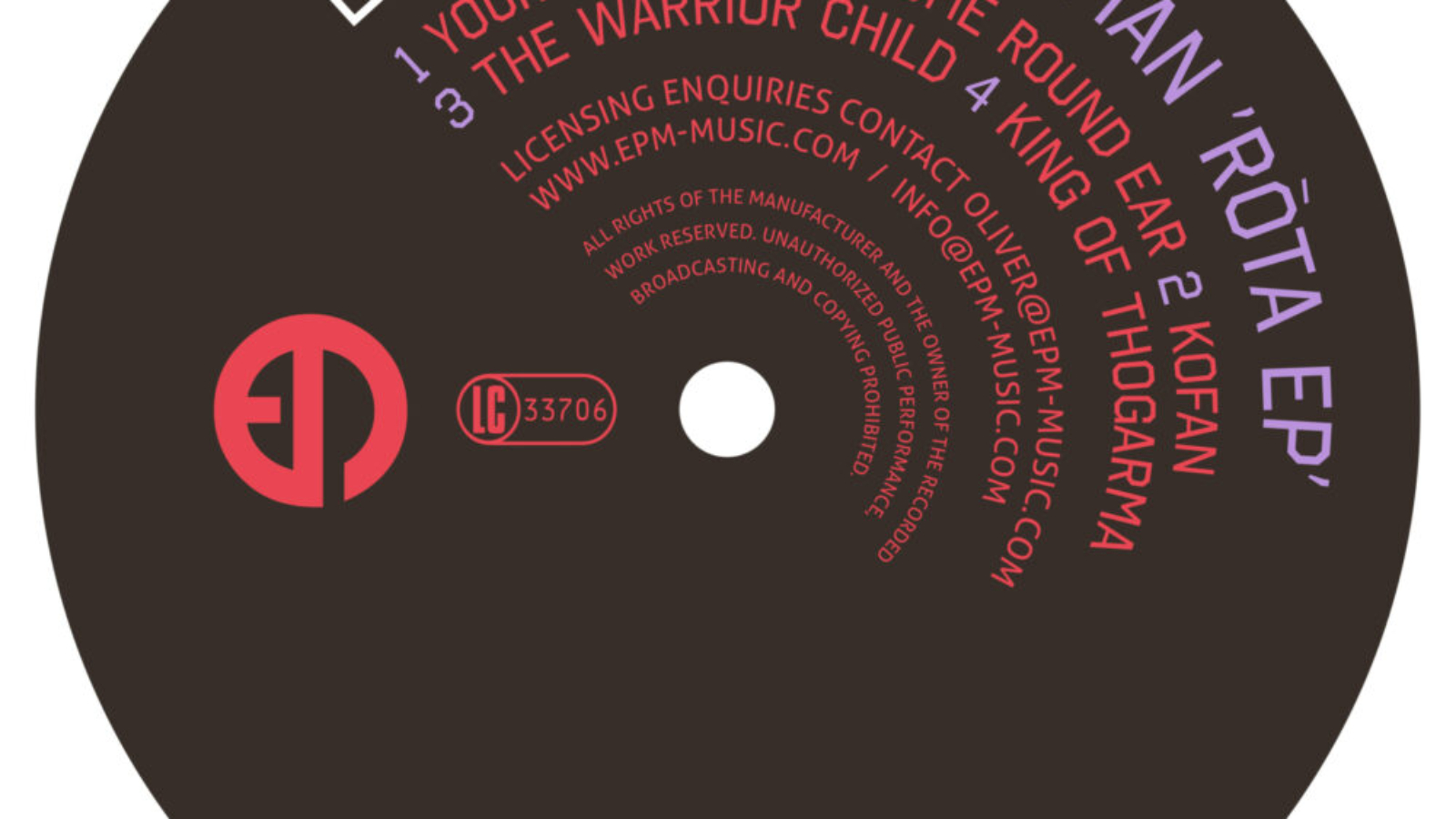 ‘Danu’ may have been Bryan Chapman’s debut release for EPMmusic but this Southern England based music producer, DJ, abstract artist and photographer had already been sharpening his production skills across a variety of EP releases and a highly-approved album on his own Monotony label (which he launched in 2017), as well as previous appearances on 8 Sided Dice, Enemy, H-Productions, Affin and Bouq.

His new ‘Ròta EP’ features four tracks of deep, vibrating techno that are typical of Bryan’s stripped-back approach. There’s the powerful rumblings of opener ‘Your Face is Welcome Round Ear’, or the more meditative ‘Kofan’. It’s followed by the atmospherics of ‘The Warrior Child’, before the pulsating ‘King of Thogarma’ closes the EP.

As Bryan explains, “Ròta was one of the Valkyries from Norse mythology, known as “a goddess who sends storm and rain.” I tried to tap into that, so there’s a constant rolling, driving feel in each of the tunes, like the feeling that a storm brings when it passes over you. It also feels like a just description of where the world is right now.”