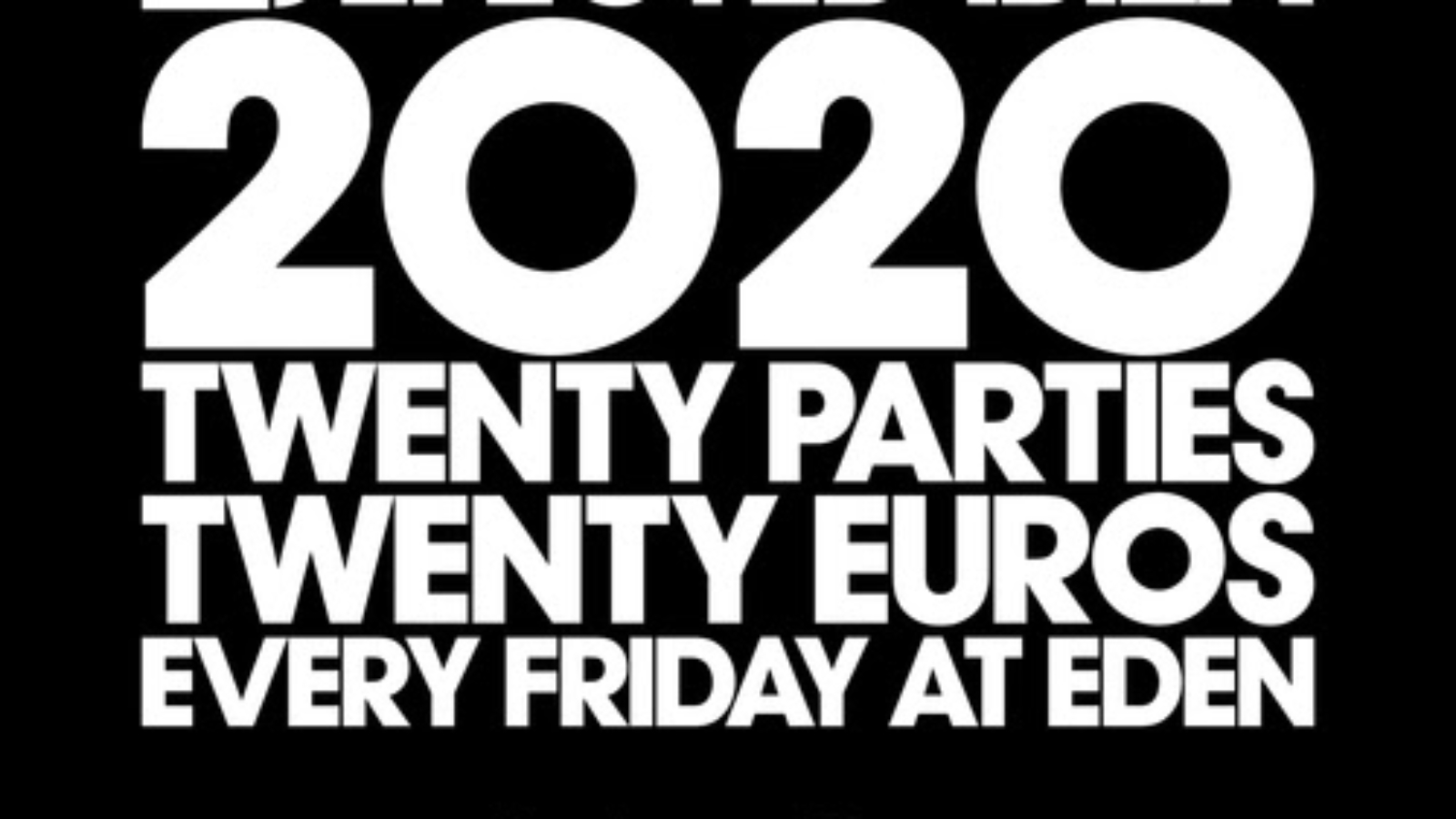 Defected returns to Eden on Fridays for its fourth season at the club, opening on 15th May 2020 during the inaugural Defected Ibiza Festival and running for 20 consecutive dates.

The 2020 Ibiza season will see Defected build on the reputation the label has earned on the island since 2000. Two decades later, Defected’s residency at Eden continues to be San Antonio’s biggest success story. Staying true to its ethos for making clubbing affordable and accessible, advance tickets for all 20 dates at Eden are available now for just €20.
2019 saw Defected fully establish itself in San Antonio, thriving on a no-fuss concept and a programme curated personally by label head Simon Dunmore, featuring headliners such as Armand Van Helden, Gorgon City, MK, house pioneers Kenny Dope, Derrick Carter, Roger Sanchez and many more. In a change from previous years Defected will reveal the entire season’s line-ups in early 2020, rather than in two phases.

Providing an Ibiza openings weekend solution with festival pass and accommodation packages to suit all budgets, Defected Ibiza Festival will kick off on Thursday 14th with a day party, followed by a pre-party and Defected’s opening night at Eden in San Antonio on Friday. Saturday 16th will welcome the festival’s second daytime event followed by Classic Music Company hosting the night, closing the weekend in style with a pre-party, then on to Glitterbox Ibiza’s opening party at Hï Ibiza. All line-ups and further venue information will be released in early 2020.