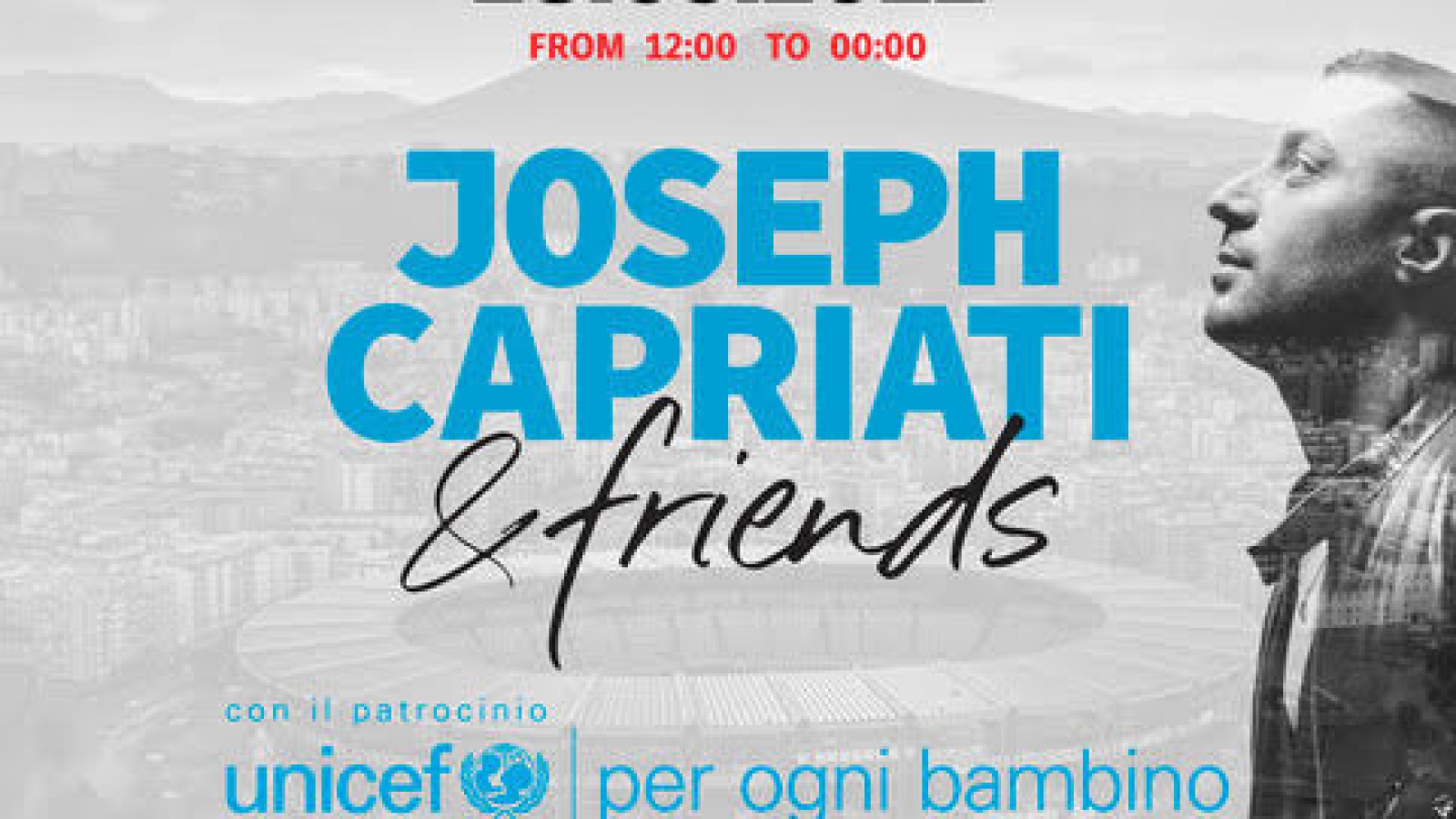 Joseph Capriati & Friends to play Special UNICEF concert at Diego Armando Maradona Stadium in Naples
A Day of music on 28th May, dedicated to charity in order to assist the Ukrainian population
Tickets
A day of great music, with dj sets and live shows by international artists, and then workshop, events, meetings, with UNICEF and Joseph Capriati. The worldwide famous dj and producer is always on the lineups of the the best clubs and the most important festivals of the whole planet. From Miami to Ibiza and Europe, to South America and Australia, he has played in more than 75 countries all over the globe. The Italian artist, who can boast stunning performances in events such as Ultra Music Festival, Awakenings, Kappa FuturFestival, as well as clubs like Printworks, Cocoricò and Amnesia Ibiza, will be the host and the ambassador of the event, together with other international artists and personalities from the world of entertainment. An unprecedented event for the city of Naples and for the whole Italian club scene, a huge stadium concert where the stars will be the djs and electronic music performers, who will turn the stadium into a massive club, with music, visuals and effects at the height of the best international festivals.
Joseph Capriati and UNCEF have chosen Naples, its warmth and the embrace of its stadium, the legendary Diego Armando Maradona, for a day of music dedicated to charity and to assist the Ukrainian population and aid the over 7.5 million children risking their lives on the Ukrainian soil, to the many of them who are crossing the humanitarian corridor on the borders of the country, supplying on site support and making the arrival of trucks of food, water and first aid kits. possible. A huge fund-raising will be arranged for the event and the proceeds will go to UNICEF and to the other voluntary associations involved.
A commitment strongly desired by Joseph Capriati, who is deeply and strongly connected to Naples and the territory of his own region, Campania. A bond echoed by the support of the Mayor of Naples, Gaetano Manfredi, and the Campania Regional Council, who are sponsoring the event. Joseph Capriati & Friends will host a major fundraising event, the proceeds of which will be donated to UNICEF and the associations working in the Ukrainian theatre of war to assist over 7.5 million children and guarantee a constant flow of basic necessities, medical equipment, first aid instruments and water tanks. The event will be accessible to the Italian and international public and will follow a schedule that will include workshops, panels, and laboratories with the best professional figures of club music industry and music communication. It shall be dedicated to discussing the main social issues affecting the youngest members of the world’s population, from noon, when the gates open to the public. From 4 p.m. to midnight, music will be the centre of a great act of love with a line up conceived by Joseph Capriati, who will perform live, sharing the stage with artists of international stature, still to be announced, who have taken up the appeal.
Joseph Capriati, Naples, the guests taking part in the event and the public are ready to embrace the Ukrainian population with the power of music. 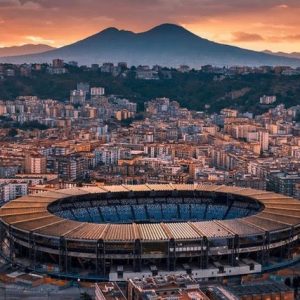