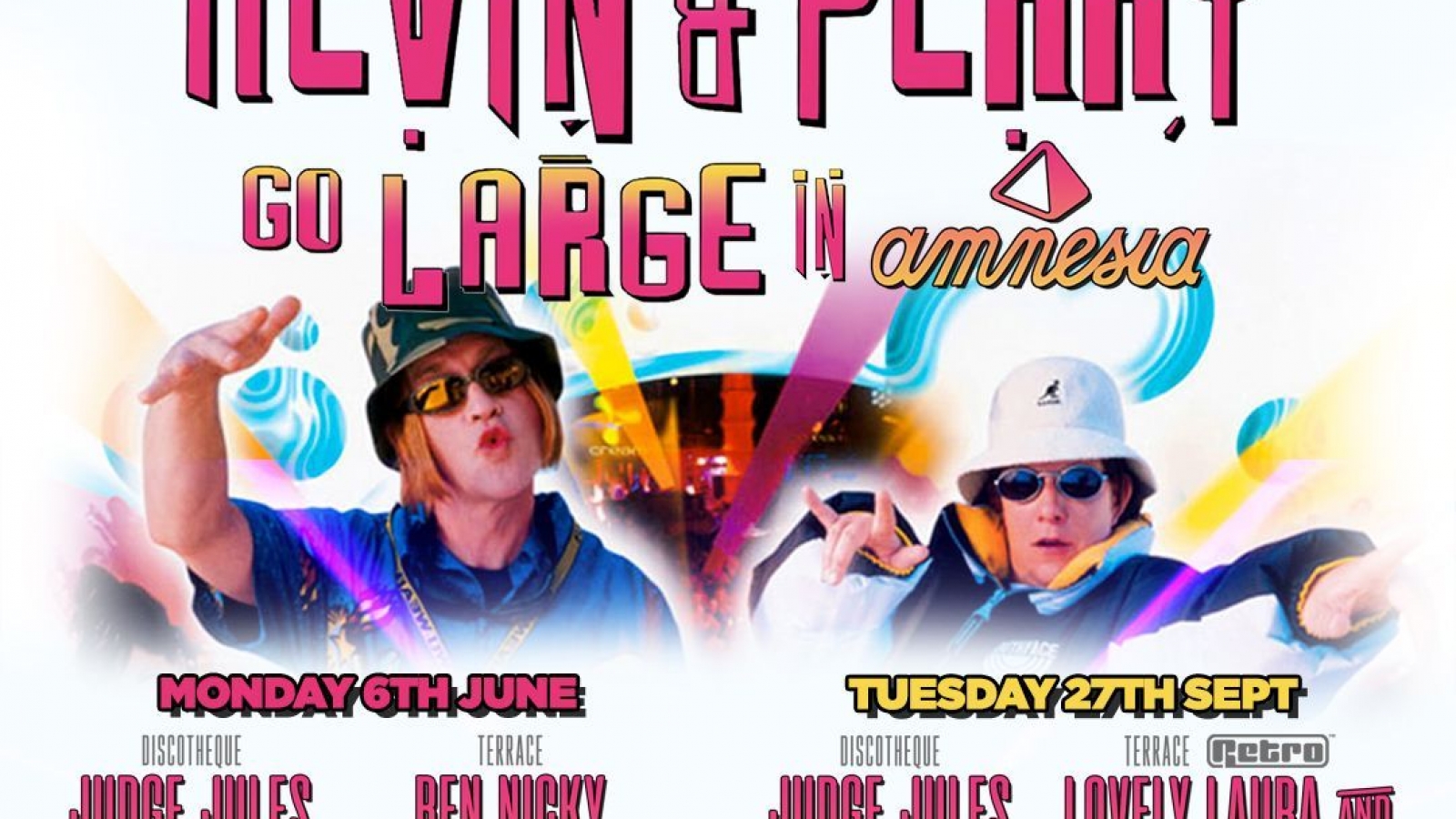 In 2000 a teen film was released which has since gone on to earn cult status amongst clubbers across the Globe largely for its soundtrack, humour, performances from Harry Enfield and Kathy Burke and its references to Ibiza’s rave culture.

It’s hard to believe that over two decades (and a pandemic!) have flown by so how better to celebrate Kevin & Perry’s 20th anniversary than to go back to where it all happened, Amnesia Ibiza.

Dancing and music are now back and 100% legal again in Ibiza so this certainly  calls for a double-celebration. Join us on Monday June 6th and on Tuesday 27th September 2022 as we finally return to where the cult movie was filmed 20 years ago.

The pandemic sadly disrupted the initial celebration plans but Kevin & Perry are  springing back bigger and better as they are set to host BOTH the Discotheque and Terrace arenas at Amnesia, Ibiza.

Performing in the famous Discotheque will be the DJ that originally played during the actual filming, Seb Fontaine, the curator of the iconic soundtrack, Judge Jules and “Follow Me” track producer and DJ, Lange.

Judge Jules – “What’s astonished me about Kevin and Perry is that its appeal spans the generations. Each track from its soundtrack is familiar to everyone between the ages of 13 and 50. Having been involved in the movie’s soundtrack, and having been in Ibiza when it was filmed 20 years ago, I could never have imagined that K&P would have such enduring musical and cultural significance. There have been a number of films covering Ibiza club culture, but none has come close to Kevin and Perry, in terms of its everlasting popularity. Going back to where it all started for the 20th Anniversary in Amnesia will be a special occasion indeed.”

Seb Fontaine – “Every time I watch it gives me goose-bumps. Working with them on the club scenes was fantastic and it was actually me djing with Kevin and Perry on fake decks. One of those nights you just never forget and I can’t wait for the 20th Anniversary celebrations back at Amnesia Ibiza this summer.”