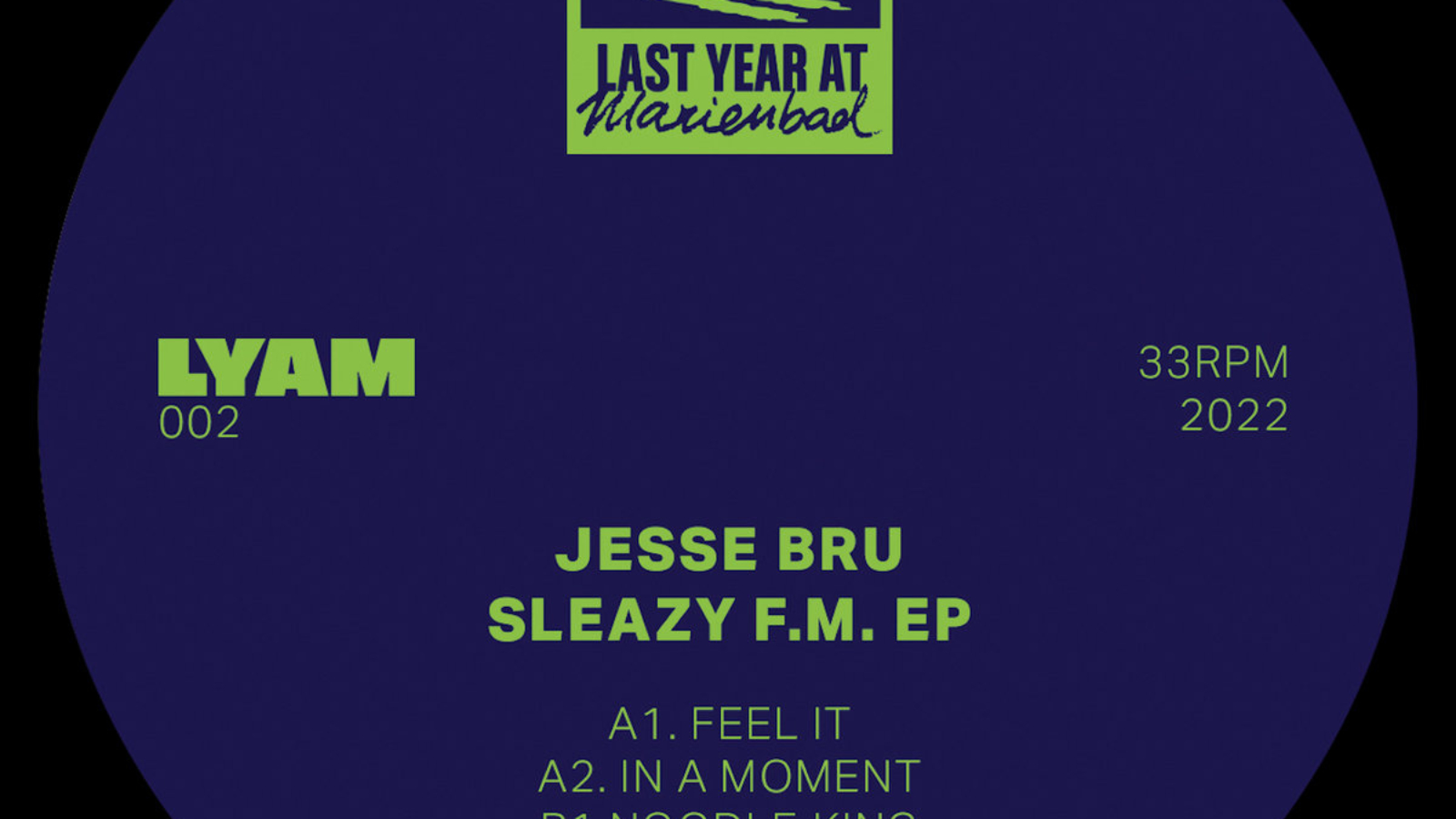 Grooves to glide through life to, a simmering rhythmic embrace that carries along the soul and lifts the heart to cloud 9, taking away the aches and ills and serving to place the floor in an enchanted space, ethereal and euphoric, up above the clouds….

Jesse Bru makes music from the heart, a peer to peer connection that works on a multitude of levels, and this all comes about from the approaches he makes within his style. Primarily residing within the realms of House and Deep House music, Vancouver based Bru took much creative guidance from the techniques embedded with 90s hip hop, and translated this over four on the floor rhythms to much celebrated reception. The music he crafts feels interconnected as a result, never over hyping or building itself into a climax, it simply floats along effortlessly, a continued and delicately considered symbiosis of rhythm and melody that he has constantly tinkered with – and his discography speaks for itself. Releasing on a who’s who of excellent contemporary dance music labels, Bru has always found room within his sound for growth and reflection, with each new release feeling like a meditation on all that has come before and thus provides fuel for sustained brilliance. His works read so well as a collection but the individual stanzas within each release are a perfect snapshot of all he is capable of. Some selected highlights include ‘Roach Fingers’ (released in 2015 via Egoplanet), ‘Space Jazz’ (released in 2017, via Rhombus), ‘Ships in the Night’ (released in 2018 via Inhale Exhale), ‘Rainforest’ (released earlier this year, via Aterral), and of course, his debut LP ‘The Coast’, which was released on Happiness Therapy in 2020.

His latest release, ‘Sleazy F.M’, arriving this November on Last Year At Marienbad, continues onwards with his more recent excursions into overtly 90s feeling House music, and this period of his musical output is truly something to behold. Razor sharp fast paced rhythms, delicate melodic sequences, and an overall air of breezy yet energetic energies, this new EP continues to peak our interest and showcase just what Bru is capable of. The opener, ‘Feel It’, is a burner of the highest quality, as a hugely scaled beat structure provides the basis for a rolling chord sequence to do the damage up top, its presence residing just beneath the hats as filtered vocal samples float in and out of view to great effect. The breakdowns really hammer home the emotive levels, as stabs are placed within the groove for maximum impact. ‘In a Moment’ arrives next, and this takes the pace down ever so slightly, but the craft remains at a very high level indeed. The relationship between rhythm and melody is consistent, a tad more sultry here as we sway to the beat, with the vocal work here particularly effective at setting the mood. ‘Noodle King’ adds some adrenaline into the experience, with the choppy breaks pointing all fingers to the dance. The chords that drive on through into the spotlight only serve to fuel the energy, with the extended breakdown aiding us as we climb our way towards euphoria. Last but not least, the title track, which returns us to the notions of the opener, and as a final chapter its a very satisfying send off. Rolling, lick filled beats, dreamy subtle chordal twinkles, and an atmosphere to die for, its a pleasure ride, and its time to get on board.

If you ever find yourself needing something rhythmically pulsating in your life, then this record is for you, as Jesse Bru continues to impress with his ever evolving yet indefinitely precise take on House. A cut for all times of the day or set, this is House music to delve deep within, an invitation to get to know all the beats and clicks, swimming between the layers as if to soak up every last morsal of goodness. Summer might be over, but Jesse Bru and Last Year At Marienbad have the cure for those cold chills. So go on, treat yourself, its well worth the ride….