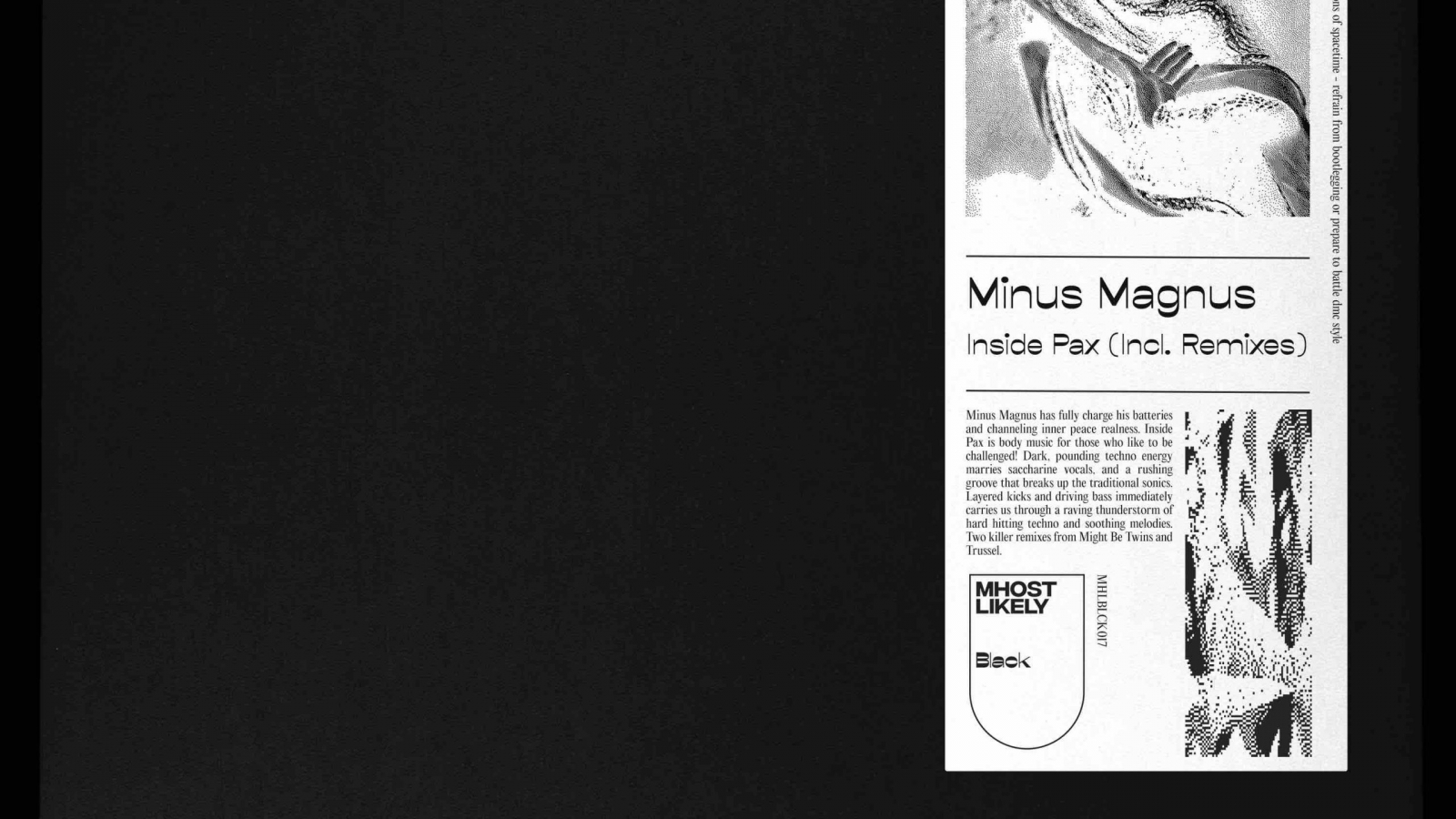 Mhost Likely label boss Minus Magnus is back on his imprint this September with a single entitled ‘Inside Pax’ including remixes from Might Be Twins and TRUSSEL.

As one of Bergen’s most exciting underground talents, Minus Magnus’ sound stands out as he lays down a slamming mix of techno with breaks, electro and rave music. As a DJ and producer, his take on techno resonates by combining dirtiness, body music and analogue sounds. From being a former techno and trance DJ to being a studio producer of all kinds of music, Magnus has found his way back to the roots and does what he loves most via his Mhost Likely imprint.

‘Inside Pax’ is a rolling warehouse techno cut layering menacing mechanics, choppy vocals, resonating kicks and pumping fx before Norwegian duo Might Be Twins’ remix lay down shimmering grooves, hypnotic modulations and shattering synths. Up next, TRUSSEL’s version of ‘Inside Pax’ gives light to breaks-tinged drums, dreamy pads and growling low frequencies until the pack rounds off with an instrumental mix that is sure to light up any dancefloor.