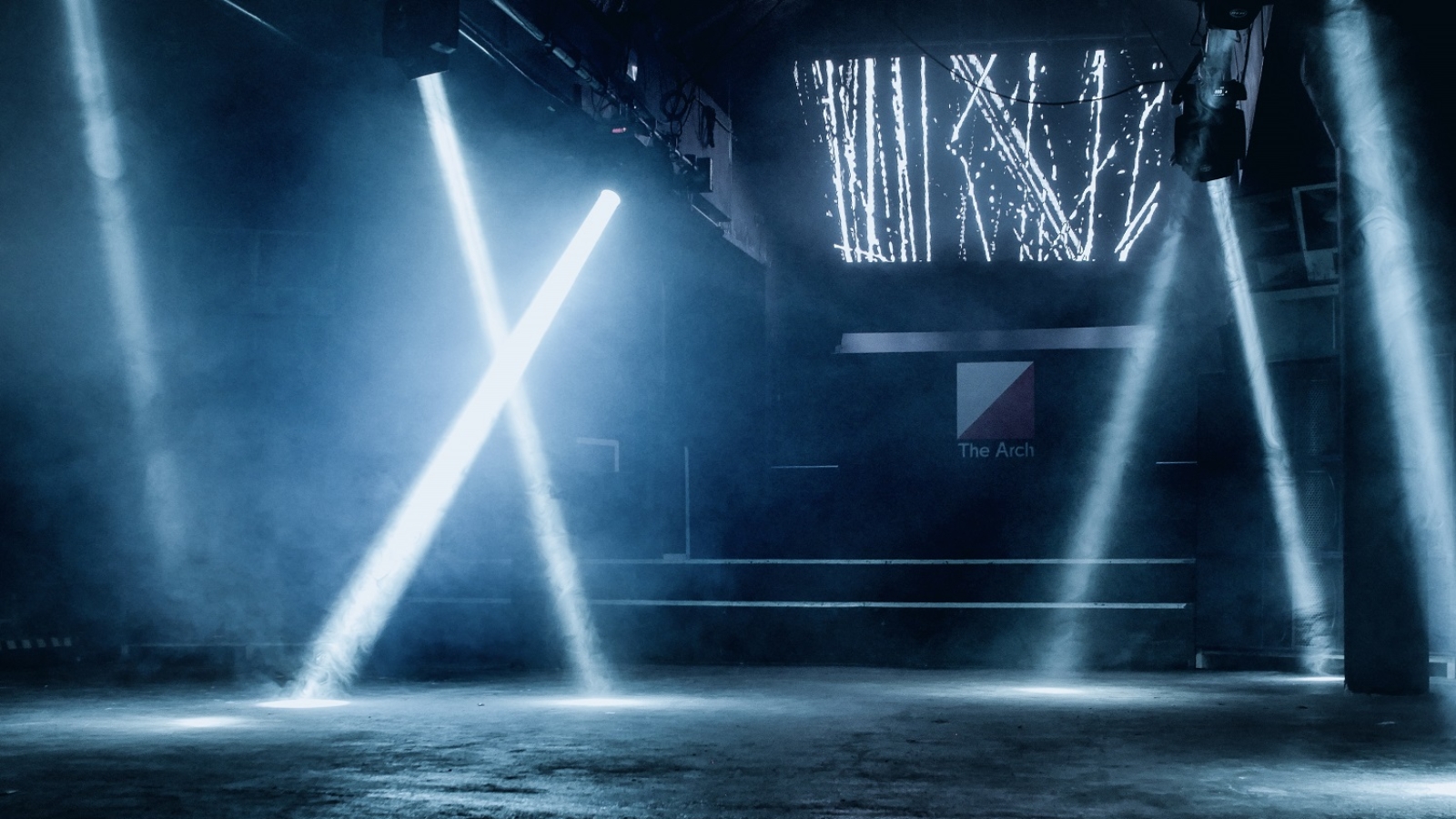 Fifteen months of darkness have passed. No parties. No funding. But no worries: it might have been the bleakest ever period in the long and storied history of Brighton’s The Arch, but the club never gave up hope. After a long and arduous wait, the iconic venue is back with a bang on Saturday June 26th with a full refurb, new soundsystem, 2 new arches and a sensational season of events featuring the likes of Jamie Jones, Maceo Plex, Skream, Shanti Celeste, wAFF, Saoirse, Rich Nxt, He.She.They, Cafe Mambo and many more.

This much-loved club was about to start its busiest month ever in March 2020. It had been five years since the space reopened as ‘The Arch’ and a deserving celebration was on the horizon. Then Covid-19 hit. The venue was closed and soon after had its bid for Culture Recovery Funding rejected by the Arts Council despite its diverse and culturally significant programme. What’s more, it was decided the time would be used for a full refurb.

Damien Fell – Head of Music, The Arch & Life in the Park Festival. “Rather than resting on our laurels we decided to give this historic Brighton venue a new lease of life and committed to a big refurbishment, even though we did not receive the Arts Council funding. The last year has been extremely challenging; to keep the business alive we built a take away bar from the venue’s fire exit and dug in to get the job done. The Arch is looking the best it ever has and I can only sit here in awe of the work that has been done by the team as we set to reopen with Jamie Jones on Saturday 26th June.”

The storied Victorian arches on Kings Road have been completely refreshed with stripped back and newly polished concrete floors, exposed steel mezzanines for overarching views and unfussy but stylish industrial decor throughout. Sound and light production has been upgraded including new LED screens, 4D laser show, CO2 cannons, immersive lighting and two brand new rooms – The Box and The Hangar. A bespoke ‘12KW Funktion-one Dance Stack’ sound system with twelve 21 inch bass speakers has been refurbished and re-calibrated for unrivalled sound quality in the main room.

Says Tony Andrews of Funktion-One, “In addition two Funktion-One sound systems were required for their new rooms; The Box and The Hangar. The management were also keen to collaborate with us on upgrading the general acoustic properties of the club. This is a club sound system we’re very proud of.”

The Arch is a space that has defined clubbing on the South Coast for decades. It first opened in 1984 with the goal of being “a club for artists, run by artists who understand performers and their needs.” Ever since it has attracted a seriously music loving crowd and championed an always underground sound. Previous incarnations as The Zap Club, Digital and Coliseum have seen influential acts like Chemical Brothers, Sonic Youth, Moby, Paul Weller and DJs Harvey, Sven Vath, Laurent Garnier and countless more all play plus blueprint-setting LGBTQ+ nights such as Club Bent and Club Shame as well as many more.

Says Norman Cook aka Fatboy Slim, “The music community in Brighton is close to my heart; it’s where I live and I’ve been a part of it for decades. The Arch is also part of that and they’ve put Brighton’s nightlife scene at the centre of the UK underground movement for several years now. It’s been a struggle for them during the pandemic and it’s great to see them refurbishing the space. The club is part of Brighton’s musical heritage (I can remember the heady days when it was Zap Club!) and the team at The Arch are preserving that for future generations. I really hope to play there again this summer!”

This latest chapter is underpinned by an all-new resident team that mixes youthful energy, vision and enthusiasm with the class and understanding of some key UK mainstays: Hatcha, Denney, Fleur Shore, Joseph Edmund, Summer Ghemati and That Songbird will play on rotation each and every week.

As for the new season, it boasts a tasteful cross-section of the best in house, techno, bass, tech, electro and garage from a diverse cross-section of talents. The grand opening is June 26th hosted by Otherworld and headlined by Jamie Jones, then Do Not Sleep rolls in on July 3rd with Chris Stussy, Seb Zito and Ray Mono, Skream and Cassy play July 10th, Renaissance brings Maceo Plex on July 17th, Dance on Arrival on July 24th is headlined by Rich NxT and GW Harrison and then Cafe Mambo closes out the month on the 30th with Mark Knight and Danny Howard.

August welcomes He.She.They with Shanti Celeste and Saoirse, more events with Cafe Mambo, Otherworld and Clockwork Orange and Eastenderz with East End Dubs, Rossi and Fleur Shore and plenty more in September including a Boundary Festival Aftershow and Otherworld with Richy Ahmed.

Alongside the refurbishment, The Arch team are also spreading positivity in the region by launching Life in the Park Festival at Brighton Rugby Club. Each of the eight special shows will welcome 2000 people to party outside to the sounds of Orbital, Denis Sulta, Nightmares on Wax, David Rodigan and more, all as a way of celebrating something of a return to normality.

After a long, hard 15 months, the much-anticipated return to The Arch will be explosive indeed. Do not miss out on this historic re-opening. For more information and tickets head to The Arch’s new website at thearch.club.
Carrello