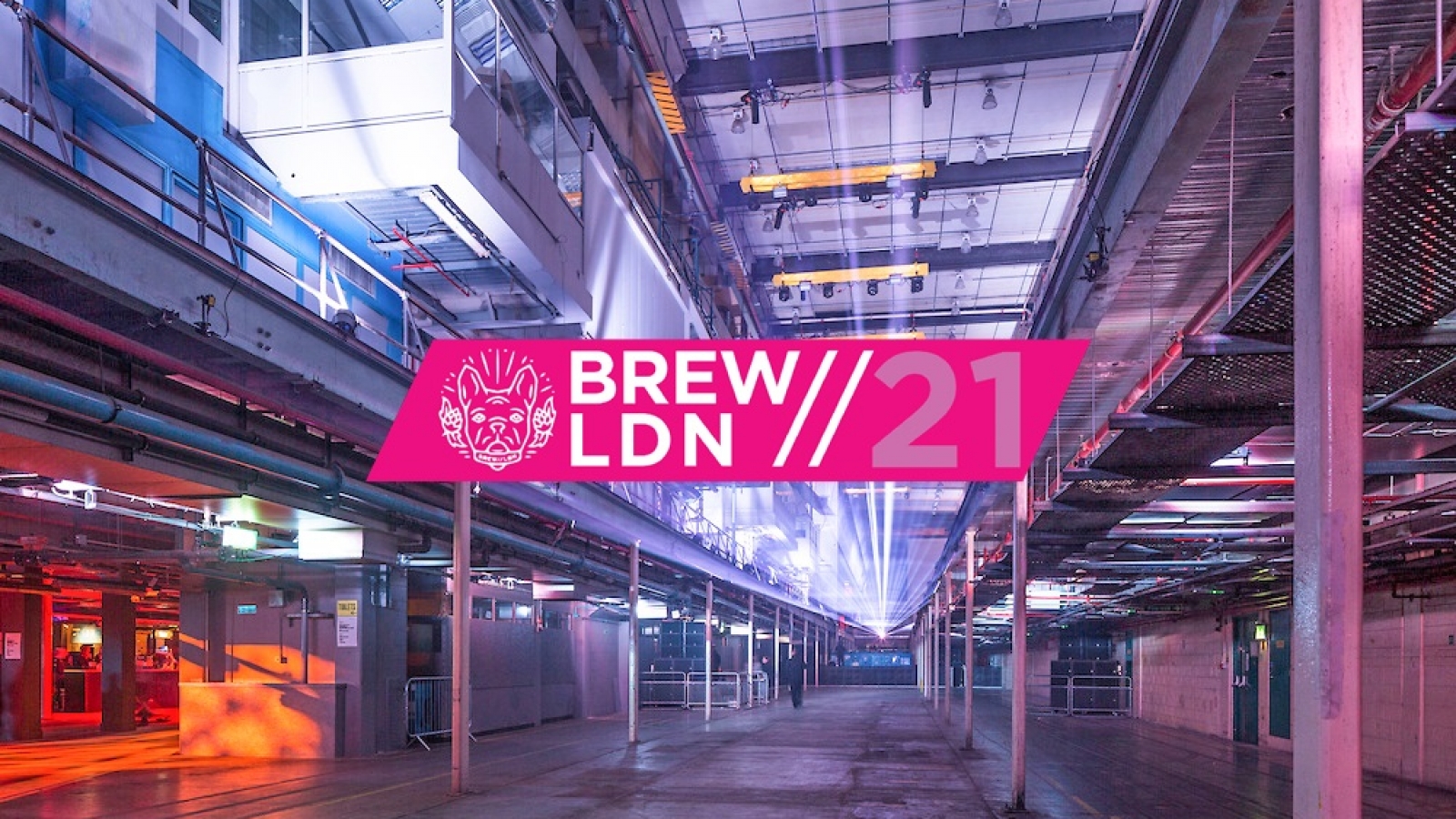 There can be no better way to embrace your post-lockdown freedom than with an all-encompassing session of beer discovery, world class DJs and street eats at Brew//LDN 2021. This year’s vast gathering will see the biggest collection of craft breweries to take part in a UK beer event since BrewLDN’s inaugural festival in February 2020. More than 50 new breweries have been announced next to gourmet tasting experiences from plant-based pioneers Beyond Meat and custom cheesecake leaders Pleesecakes plus mouthwatering street food from Club Mexicana, Da Fish Ting, Born & Raised and Only Jerkin. It all takes place across expansive indoor and outdoor spaces at Printworks London from Thursday, July 29th to Saturday, July 31st with full info at brewldn.com.

“Brew//LDN are pleased to announce that following the government announcement on 14th June, the dates of our 2021 festival remain unaffected. Everyone working in events has suffered during the last year and we’ve been incredibly nervous about our survival prospects. We are extremely grateful that we are able to host the first beer festival and trade show of 2021 at Printworks in July. We’ve been overwhelmed by the confidence shown by our customers and ticket sales are ahead of any previous year. We also want to salute the small independent breweries, as we welcome 50 more of them to the festival this year; they have committed to taking part, sharing their products and moving forward in this incredibly positive way.” Chris Bayliss, Co-Founder Brew//LDN

All beery-bases are covered at Brew//LDN Festival from alcohol-free to female-lead brews, hoppy swills to lighter ales. The likes of Big Hug Brewing helps to support homeless charities with their easy-drinking, balanced 4.6% Pave The Way Pale Ale, while Gosnells of London make session meads – lighter, drier and designed to be drunk with food much like a beer or a cider. Fungtn is a delicious alcohol-free craft beer, brewed with adaptogens, a class of ingenious fungi, for maximum wellness and minimum hangovers. You can also look forward to Exale Brewing from Walthamstow, a brewery famous for playing Rod Stewart to its Irn Brw Sour during fermentation, as well as Toast Ale, an award-winning craft beer brewed with surplus fresh bread that would otherwise be wasted.

New brewing tech will also be showcased at the festival with highlights including Pinter, a revolutionary device that enables anyone to effortlessly brew 10 delicious pints of fresh craft beer at home using just 3 ingredients; water, yeast and one of Pinter’s revolutionary (letterbox-friendly and packaging-reducing) Fresh Press brewing bottles.

Spirit lovers should head over to East London Liquor Co’s corner where they’ll have their own sound system and party happening while they showcase their East London Gin, London Rye Whiskey and Vodka all distilled right here in London. You’ll be able to sample the liquors in cocktails and pre-mixed cans featuring flavours like Vodka & Rhubarb, Rum & Ginger and Gin & Tonic as well as in an exclusive frozen range created for Brew//LDN including the SnowGroni and FroRumFashioned.

Each year, Brew//LDN becomes more and more vegan friendly and this continues in 2021. The majority of brews poured at the festival are vegan and many of the independent brewers’ full selection are listed as vegan. In addition, festival favourites Club Mexicana will be returning with their 100% vegan, Mexican-inspired tacos, nachos and burritos. Meanwhile plant-based pioneers Beyond Meat will be hosting a special tasting experience at Brew//LDN where guests can sample their delicious sizzling plant-based sausages and juicy plant-based burgers. Now everyone can eat and drink what they love, without compromising on taste, nutrition, or the environment.

Adding to the sense of occasion, another tasting experience from no-bake cheesecake masters Pleesecakes is announced. They will set up their ‘Build Your Own’ bar where you can customise your own delicious Pleesecake with a range of bases, fillings and toppings. Also, as it’s summer, Pleesecakes’ all-new Freezecakes, the world’s first frozen cheesecake in a tub, will be served from an ice cream-style truck with options including; butterscotch and caramel, chocolate cheesecake mixed with double chocolate biscuit, lemon and raspberry cheesecake mixed with shortbread biscuit, gooey lemon curd and more.

The first street food traders can also be announced. Expect to fill up on vibrant British and pan-Asian inspired street food from Da Fish Ting, who serve soft shell crabs and fish burgers from responsibly managed fisheries. Born & Raised offer wood-fired British sourdough pizzas from the side of a Land Rover with toppings like pepperoni & chilli honey, beetroot & goats cheese or mushroom & truffle. Only Jerkin’ offers innovative jerk-inspired chicken eats with plenty more on offer in the vast open-air Container Yard at Printworks.

Brew//LDN‘s search for the next generation of beer entrepreneurs continues with the launch of their Brew//Accelerator Competition 2021. Aimed at new brewers or innovative businesses that are less than 3 years old or brand new business ideas, applicants are encouraged to submit their plans online at brewldn.com. Entries are open until June 30th and five finalists will be selected by judges to exhibit at Brew//LDN 2021 with the overall winner receiving 12 months of business support and mentoring worth £50k.

All of this will be soundtracked by classy DJs who reach deep into the worlds of funk, disco, soul, house, classics and plenty more. They are the same acts who were originally billed to play BrewLDN’s Covid-19-cancelled Summer Sessions festival including RAW SILK, The Reflex, Eliza Rose, WOLF Music, Demi Riquisimo, Bill Brewster, Krywald & Farrer, Medlar and more.

The final countdown is on to the UK’s greatest celebration of beer and foodie treats. Tickets include a Brew//LDN festival glass and festival magazine. Tickets and more information at brewldn.com.
Carrello