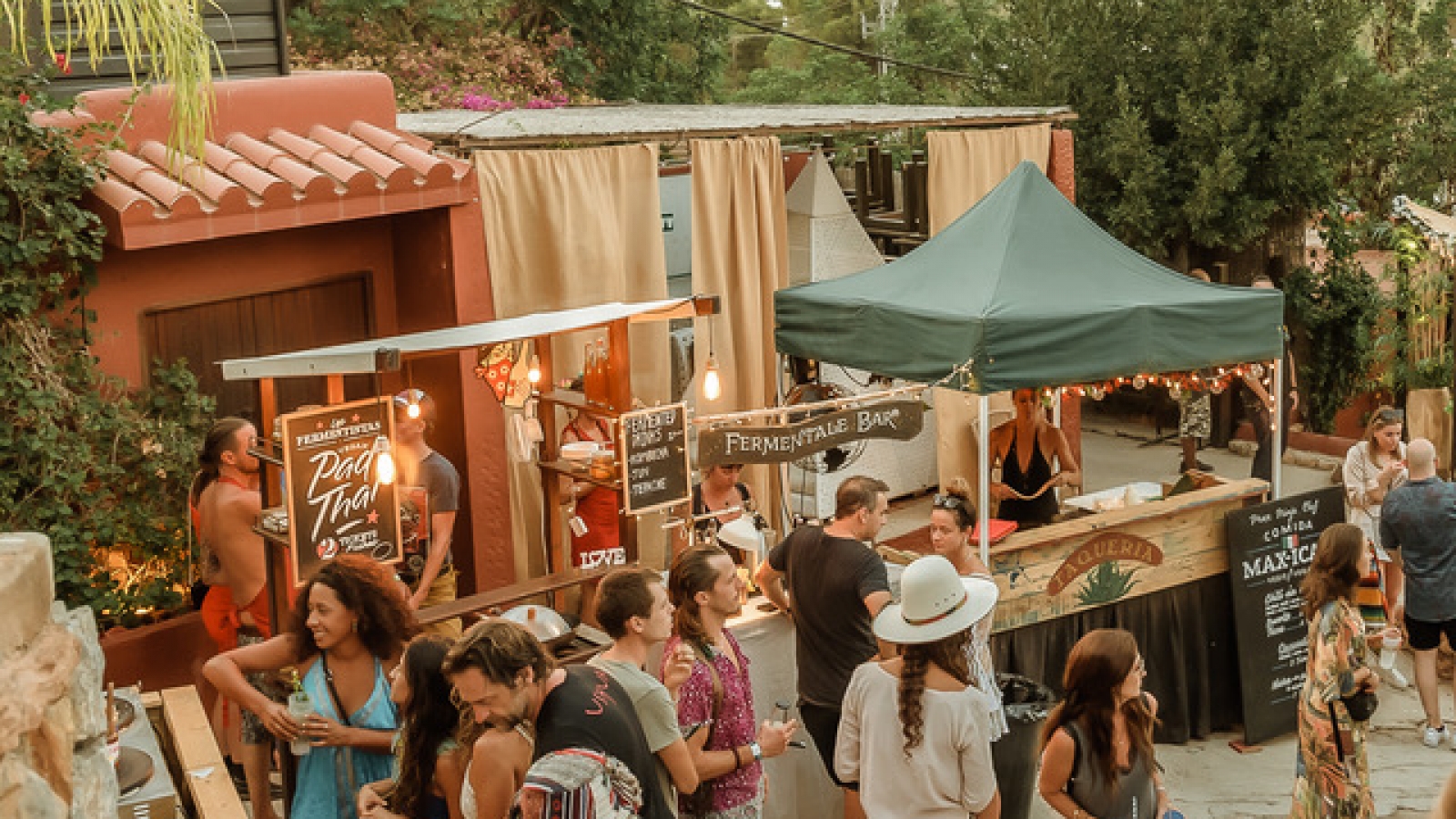 Cova Santa to Host Exclusive Live Music and Food Experiences
Nightmares on Wax, Adam Beyer and Ida Endberg, Sasha, Jamie Jones, Guy Gerber, Lee Burridge, Joseph Capriati, Ricardo Villalobos & Luciano and many more to soundtrack mouthwatering a la carte menu from Michelin Star chef!
Cova Santa is one of the most magical locations in all of Ibiza. This summer, the exclusive hillside spot with its manicured gardens and open-air terrace will offer a premium food and music experience like no other. Ibiza has a green light for travel from June 30th, just in time for the opener on July 1st with Nightmares on Wax. The rest of the month is brimming with electronic music’s elite such as Purple Disco Machine, Adam Beyer and Ida Endberg, Sasha, Jamie Jones, Guy Gerber, Lee Burridge, Joseph Capriati, Ricardo Villalobos & Luciano, Marco Faraone and party brands including Do Not Sleep, Pyramid, Story Tellers, Estelle, Woomoon plus plenty more island heroes, Balearic classics and live performances for a truly unique Ibiza adventure. Space is limited and tickets are already selling fast so move quickly to secure your table by heading to covasanta.com
Located just 7km from Ibiza town on the road to San Jose, Cova Santa is part of The White Isle’s beating Bohemian heart. It is a stunning natural cave that is 25 meters deep, formed by the waters that have tumbled down the San José mountain over thousands of years. The supremely stylish spot boasts stunning panoramic views, towering palm trees and a magical pagoda that are all backlit with warming reds and greens once night falls.
For these unique experiences, there will be a secluded VIP area as well as a lavish selection of drinks and cocktails from the esteemed mixologist and Drink’s Atelier founder, Marc Álvarez. You will also be able to enjoy some of the best wine in Ibiza from the onsite cave, as supervised by the most prestigious winemakers on the island. The masterfully curated a la carte menu is the work of newly appointed head chef Xavi Alba, the former director of operations of elBarri restaurants and a winner of four Michelin Stars. The cultured restaurant is a luxurious place to sit and enjoy the live music, which will tastefully soundtrack the journey from early evening into late night.
On July 1st for the special restaurant opening, it is White Isle resident and global soundman Nightmares on Wax who will bring his eclectic bag of sun-kissed sound, dub, funk, soul and house. Estelle is a local event born and raised in Ibiza at Las Dalias and La Granja, and run by experienced party people Storytellers and WooMooN. It lands on July 2nd with Jamie Fiorito – son of Balearic legend DJ and Amnesia godfather Alfredo – plus Simon Morell, Sadeedo and many more. On July 3rd, the gardens officially open with master tunesmith Purple Disco Machine, who serves up the lushest house and disco imaginable. His catalogue has had more than 750 million streams and counting, he is the number 2 charting Beatport artist of all time and his singles have gone multi-platinum in multiple countries around the world. Indie pop innovators Sophie and The Giants – who worked with Purple Disco Machine on 2020 hit ‘Hypnotized’ – will also play one of their magical, Italo disco-inspired sets.
Further highlights include the White Island Orchestra on July 6th, Sasha on July 7th for Luz Oscura, Ricardo Villalobos & Luciano for Pyramid on July 10th, Manifest with Adam Beyer and Ida Engberg on July 12th, Jamie Jones and Friends on July 15th, Guy Gerber and his Rumors party on 21st, Lee Burridge’s All Day I Dream Party on July 29th and much more.
This is the start of what is sure to be a very special run of intimate, tasteful and grown-up experiences for the White Isle’s keenest food and music lovers.
Restaurant Opening Night
July 1st
Nightmares on Wax
Karlos Sense