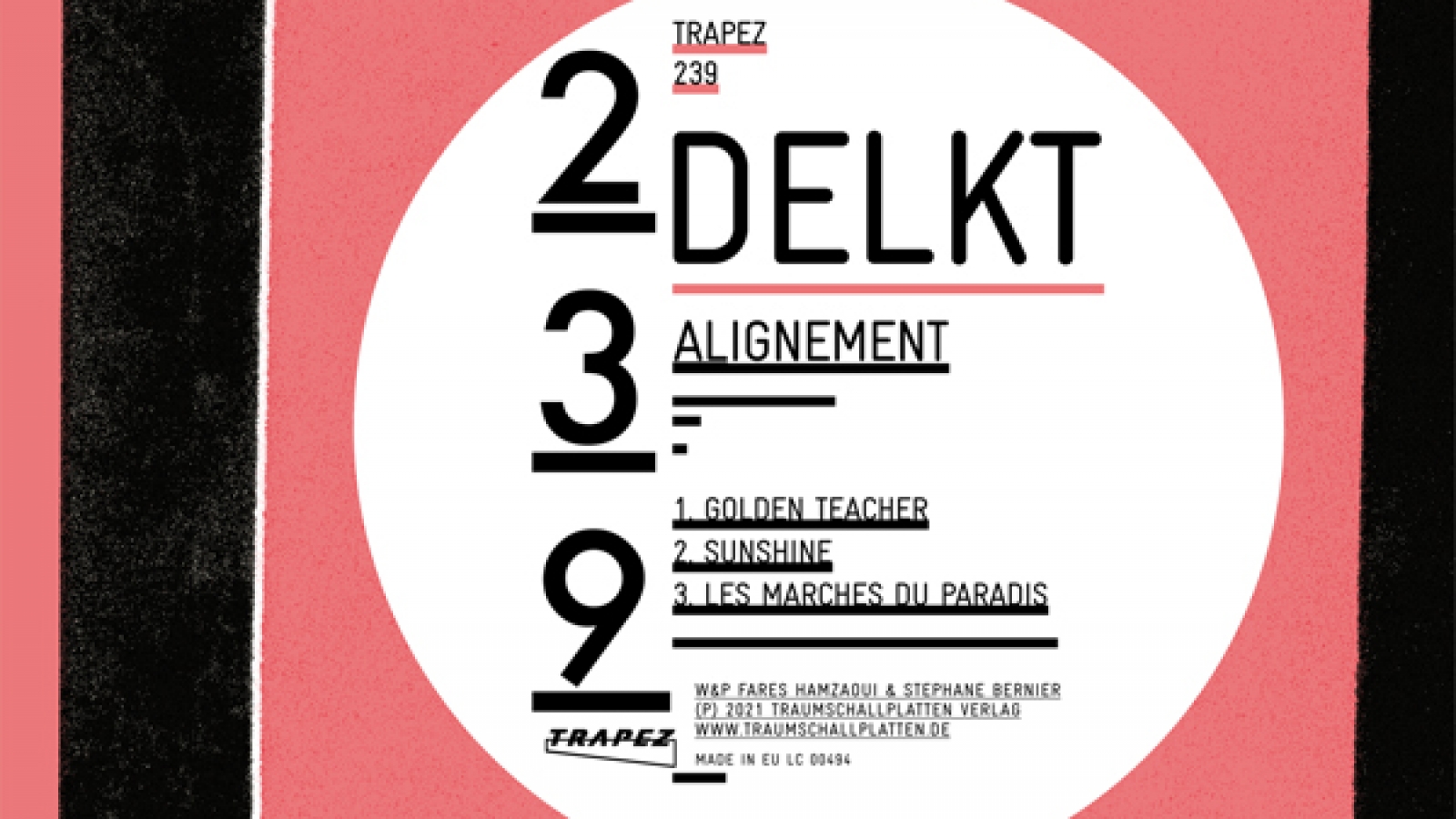 Fresh Techno from Montreal by Delkt!

The Delkt project is first of all a friendship story between Fares (Sed Aria) and Stéphane (Karpenter). Stéphane has collected experience from the world of progressive music. He is a live performer at heart. Fares is a DJ by profession. He was resident at Radio Rtci (Tunisia) for 3 years and had his residency at Club Oasis in Hammamet for 3 years. In 2009 Sed Aria decided to emigrate to Canada for his studies and there he started to focus on music production. He signed under his name Fares at Haiti Groove rec and was remixed by DJ Pierre himself. His music was also played by Pan Pot in videos. Sed Aria can also draw on raves he organized in Montréal but which he stopped to dedicate himself on producing techno. Sed Aria regards his Delkt project with Karpenter as somethings new for him as it integrates progressive and melodic aspects.

Their EP kicks off with “Golden Teacher” a rough gem of a techno track that pulls in chords and delays to create a vortex of sounds. All done with a strong human touch and a good feel for time and space structures.

“Sunshine” relies on heavy drums and a continuation of the beat but has traces of simplistic melodies and effects join to create two teutonic plates in constant motion. This area of tension is the key to the excitement this track generates.

The last track of the EP “Les Marches Du Paradis” has a great groove understanding and takes to the spirit of 90ies techno, raw and very instinktive. The track has an almost live feel to it… in the way that the elements are pushed into the track with force and dedication. Sed Aria and Karpenter know how to work the club for sure!