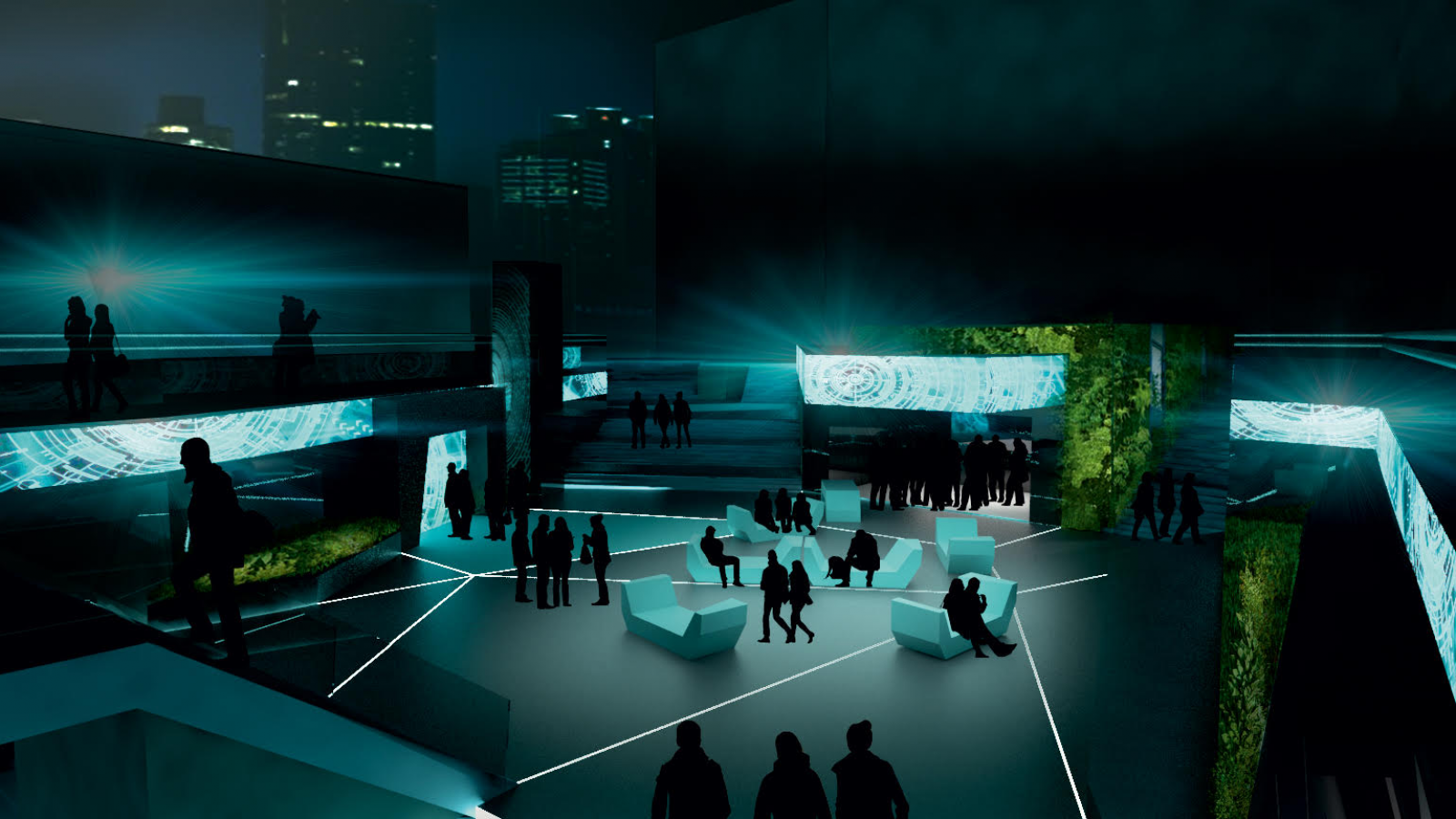 Museum is First-of-its-Kind in the World and Will Pay Homage to History of Electronic Music
This October, the all-new Museum Of Modern Electronic Music (MOMEM) is to launch in Frankfurt. The museum will pay homage to the history of electronic music as well as investigate its future. The multi-roomed, sensory-stimulating museum will connect you to sound and light with a series of high-tech interactive experiences and immersive storytelling. It will feature carefully curated exhibitions of electronic music’s most iconic moments, artists, flyers, logos and artworks, and will take you deep into a whole new world of adventure.

The museum is under the charge of Director Alex Azary, who was inspired by his long-time friend, partner and Technoclub founder Andreas “Talla” Tomalla, who came up with the initial idea for the museum in 2011. Technoclub was the first-ever weekly techno event in Frankfurt from 1984 and went on to be hosted at the legendary Dorian Gray, where Alex and Talla promoted it from 1987 until 31st of December 2000. As such, Azary is one of the leading cultural activists in his hometown of Frankfurt. A passionate music lover, DJ and producer who has had a huge influence on the scene since the 90s, he brings a unique perspective, wealth of experience and authentic understanding to this completely new project.

MOMEM can be thought of as a blackbox – a universal stage and open space for unlimited imagination and experience. Music is movement, it triggers emotions and motions, and that is what be translated in this unique space. It will offer areas that range from storytelling to live experience and will be a place to get a new perspective, to experience moments of the unknown, to make new connections between different contexts. It will combine rhythm and sound, crossfade the fields of tension between the linear and the modular, and all with an underlying architecture that allows the whole experience to flow. Whatever connections to electronic music you can imagine will be explored and exhibited at MOMEM.
Follow on Instagram here:
https://www.instagram.com/momem.frankfurt/

Industry-leading and award-winning agencies have been involved with MOMEM from the start. Atelier Markgraph has taken care of Design and Realisation, and Cosalux is a key digital partner that has helped to bring the concept to life. The MOMEM building itself is suitably futuristic for such a museum. There is a music theme to the design that sees inspiration taken from round 12″ records, square sleeves, and metal mesh based on sound systems and acoustic panels from the studio. Scaled-up reflections take cues from the idea of bass reflections, patterns will be made of slipmats, and a 360° sound wave panorama is a key visual element to the whole museum. It has a sleek design, high-tech visual displays and sharp lines. It is a multi-sensory space that brings together audio-visual experiences like never before.

Iconic soundwave graphics wrap around the outside of the building itself. Special interactive areas offer connecting screens and allow passers-by to manipulate sounds waves by touching screens. QR codes allow visitors to choose the story and DJ they want to hear. Live gigs from local and international artists can also be streamed exclusively on MOMEM’s facade, and passers-by can connect via Bluetooth.

Inside, the museum is divided into different areas including a Creator’s Stage with flexible furniture for different contexts, The Spatial Sampler which has ‘infinite space’ grid-lighting that can be converted into a ‘hyperspace.’ It has sound waves on the walls and a temporary stage for certain exhibitions and a giant disco ball installation with world-class sound installations and sonic architecture. The Inner Circle introduces the exhibitions, and further spaces include Sonic Welcome, Come Together, a Special Guest Area, and a curated Museum Shop as well as a Library offering a wealth of musical history and knowledge. More interactive experiences, musical instruments, decks, software, wearable gear, art and graphic installs, AI, VR and AR, light shows, and so much more that connects you to
electronic music in new ways.
MOMEM is set to recognise and celebrate the vital cultural contribution electronic music has made to the world over the last century. Can you feel it?
www.momem.org
www.facebook.com/MOMEM.FRANKFURT
Shopping Basket
Posting....