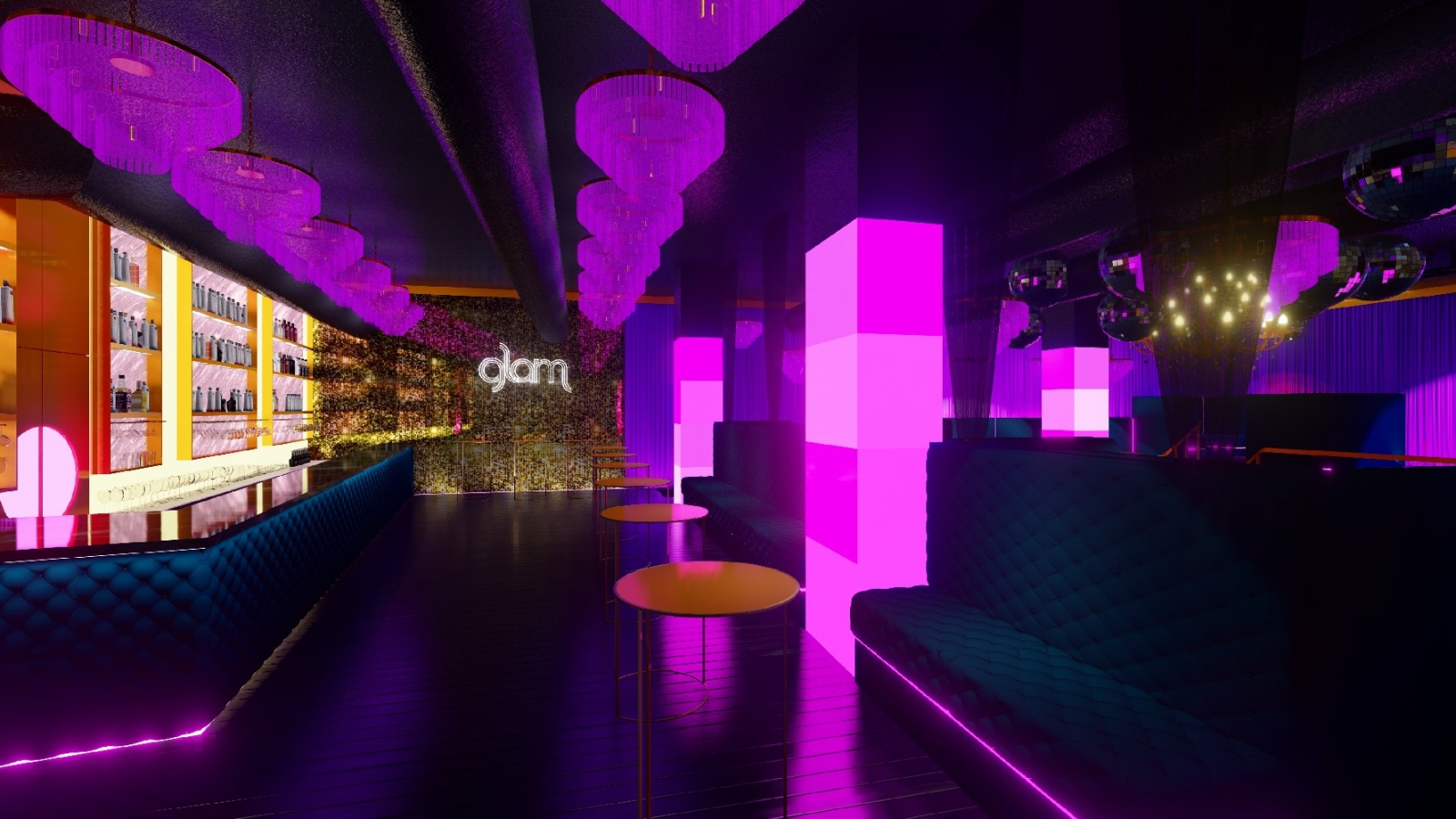 Glam Shoreditch is a brand new and standout club that brings light, love, colour and charisma back to the fore. After a postponement due to the latest Coronavirus-restrictions, the game-changing space will offer luxury indulgence with high-end design and an authentic, heartfelt house soundtrack as soon as it opens on July 24th. Playing that historic party will be the carefully selected team of residents Natasha Kitty Katt, Neil Pearce, Ceri, The Mendenez Brothers, Smiggy Smalls and Bhavik, while brand new resident and globally acclaimed house icon David Morales plays the 31st and then every two weeks after whilst house superstars that are Louis Vegas and vocalist Anane play August 7th.

Impressive new resident David Morales has done it all, from winning Grammy Awards to remixing Bjork, Kylie Minogue, Janet Jackson and tens more. He has always defined his own unique brand of house while headlining every major club and festival in the world. He is one of the genre’s most pioneering figures and someone who plays with infectious passion and rare knowledge each and every time. He has released on the world’s most iconic labels and is a living legend who is exactly the right fit for Glam and is sure to light up the club each and every time. What a signing!

As well as Morales, the first few months at Glam offer plenty of mouth-watering treats. It all kicks off with the talented residents who are a mix of assured talents and red hot up and comers – Matasha Kitty Katt, Neil Pearce, Ceri, The Mendenez Brothers, Smiggy Smalls and Bhavik. Then brand new resident David Morales plays the 31st and then every two weeks after, and Louis Vegas – a studio wizard and one half of Masters At Work – and vocalist Anane play August 7th. Fellow American house tastemaker and Objektivity label head Dennis Ferrer brings his deep sounds on August 21st. On August 28th, Parisian hero, famously obsessive record collector and passionate selector Jeremy underground brings his eclectic bag of US house with Bellaire, with many more headliners to come.

Glam Shoreditch is a new project from old friends Paul Nelson and Carl McCormick. For years, Carl was deeply entrenched in the London scene of the 90s. He was hosting parties with the likes of Masters At Work, Miguel Migs, Dave Lee and Eric Prydz at legendary venues including The Arches on Southwalk Street, and even locked in Danny Rampling as resident in 1995 at Aquarium. Paul, meanwhile, was the first person to ever get a legal rave license for his legendary Raindance events. As such, this scene runs deep in their soul.

They first met at Carl’s Masters at Work party in Arches in 1992 when he was a student about to graduate from his Fashion PR degree at University Of Arts. They then launched Aquarium in 1995, a hugely influential venue that ushered in the clubbing revolution that took hold in Shoreditch in the ensuing years. Back then, way ahead of their time, the promoters focused on dressing up the venue in luxury fabrics, with exotic lighting and premium clientele who liked to dress up to get down. The club was famously inclusive and welcoming to all. A place where every race, gender and sexuality came together as one. Many modern dance floors now strive for this mix. But it has always come naturally to this pair, and will very much define the latest chapter in their ongoing love story with clubland.

Says Carl, “I cut my teeth at the always beautifully designed and luxuriant Renaissance with its world-class DJs, and I’m not gunna lie, it’s a huge inspiration for what we are doing with Glam Shoreditch. The club is just what everyone needs right now – something that’s high-end, super special in every way, but never too stuffy or elitist. We’re proudly going against the grain and redefining the glossy glam of the 90s with a contemporary soundtrack.”

Each weekend, the fully renovated club will stimulate your every sense with plush drapes, dangling chandeliers, warming backlights and a host of wild characters, from drag queens to burlesque dancers. It will be flamboyant and full of the disco dazzle that made the likes of Puscha, Malibu Staceys, Velvet Underground, Milk Club, Georgie Parties such a cult spot, but always with a no-nonsense, proper house soundtrack.

The utterly sensual Glam Shoreditch offers three unique spaces. The famous pool has gone and been replaced with the VIP Phoenix Lounge in partnership with Ciroc. There is also the mid-sized main room for headliner action, and the magnificent Salon Privé, a cocktail lounge serving contemporary fusion food, with live, cosy, unplugged soul and jazz shows in a stylish art deco setting reminiscent of the roaring twenties.

Glam Shoreditch promises something truly different. Make sure you’re a part of the story.