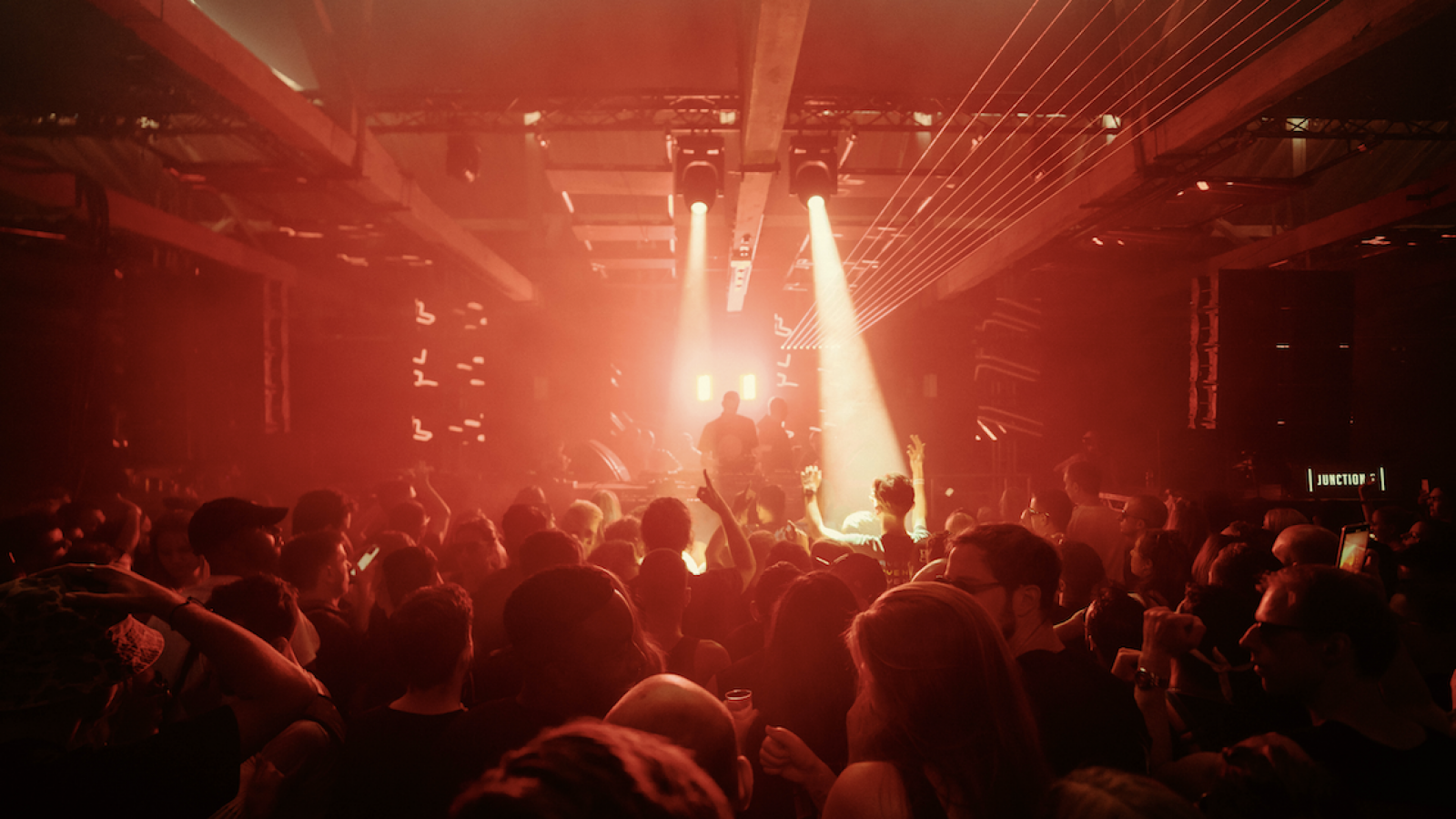 On Saturday 27th August, stages will be hosted by Junction 2, fabric, HE.SHE.THEY and Black Artist Database. Tobacco Dock’s Great Gallery will feature the most relentless and primal techno that the scene has to offer. Opening the stage will be Theo Nasa, an artist without limits who perfectly encapsulates Junction 2. Up next will be a B2B between techo-punker JASSS and hardcore maestro Gabber Eleganza. They will be followed by one of the most anticipated performances of the festival, an exclusive B2B between ANNA and Palestinian hero Sama’ Abdulhadi. Finally, closing the stage, will be Drumcode founder Adam Beyer, who is promised to deliver another of his iconic Tobacco Dock sets.

Ahead of hosting the nighttime programme of Junction 2: Inner-City, we are delighted to welcome fabric to Tobacco Dock for the very first time to host the terrace on both days. Londoner Kiimi will open the stage, followed by Layla Benitez, who will take you on an escapade of uplifting beats with dark undertones. Italian duo Fideles will bring the audience to an euphoric state, as they take over the stage with their mesmerising music. Following them will be one of the most acclaimed duos in the scene, Adriatique, before they hand over the reins to Junction 2 favourite Maceo Plex.

The Cavern will be soundtracked by He.She.They as they invite a carefully curated line-up. Self-expressionist Wax Wings will bring his relentless arsenal of bass driven, vocal laced techno. Electronic experimental artist Dasha Rush will follow up, before handing the decks to Detroit icon DJ Stingray 313. Bringing the best from the Motor City, the masked maestro will keep proving why he’s one of the best in the game. Closing the stage will be one of the most exciting names in underground music Anfisa Letyago, who shows no signs of slowing down.

On Sunday 28th August stages will be hosted by Junction 2, fabric, Origins and Foundation FM. The dancefloors are set to be just as intense, as Tobacco Dock hosts day 2 of Junction2: Inner-City. Berlin-based talent Patrick Mason will bring his listeners on a buoyant and energetic sonic journey. Following up will be Airod, bringing his own strain of techno-soaked sets. London’s scene leader Dax J will follow, in his Great Gallery debut. Headlining the stage will be Amelie Lens, who will take Tobacco Dock by storm with a barrage of selections enriched with her signature vocals and rave-infused sound.

fabric return on the Sunday to again host the Terrace. This will feature a special b2b between TLT members Uakoz and Anna Unusyan. One of the youngest DJs on the lineup, IMOGEN is set to deliver a mix of fuzzy electro to punishing techno. Expect her to not hold anything back. Ukranian icons Daria Kolosova and Etapp Kyle will feature on a relentless B2B, which will take the audience on a hypnotic journey. They will be followed by another hugely anticipated B2B, this time between one of the scene’s fastest rising stars Kobosil and German maestro Clara Cuvé. Finally, Klockworks head-honcho and Berghain resident Ben Klock will close the stage and no doubt push the Terrace’s system to its limits.

Origins will host The Cavern, as we see London based vinyl enthusiast KT and her stripped back house opening the stage. Origins founder Armând will follow up, before giving the reins to MARRØN and his renowned sets of African rhythms and mesmerising techno. Delivering a highly anticipated live set will be Karenn, formed of UK staples Blawan and Pariah. From edits of infectious classics to improvisation mayhem, this is one set not to be missed. Closing the stage will be one of the biggest B2Bs that London has recently seen as Helena Hauff and Héctor Oaks join forces. They shut down the cavernous dancefloor with what’s promised to be one of the most energetic sets of the weekend.

Finally, London’s very own Foundation FM will host The Loft with a line-up composed of some of the Capital’s most esteemed fastest rising stars. Vanessa Maria, Malaika, Emerald and rising UK talent Heléna Star are set to soundtrack this stage with some standout sets.