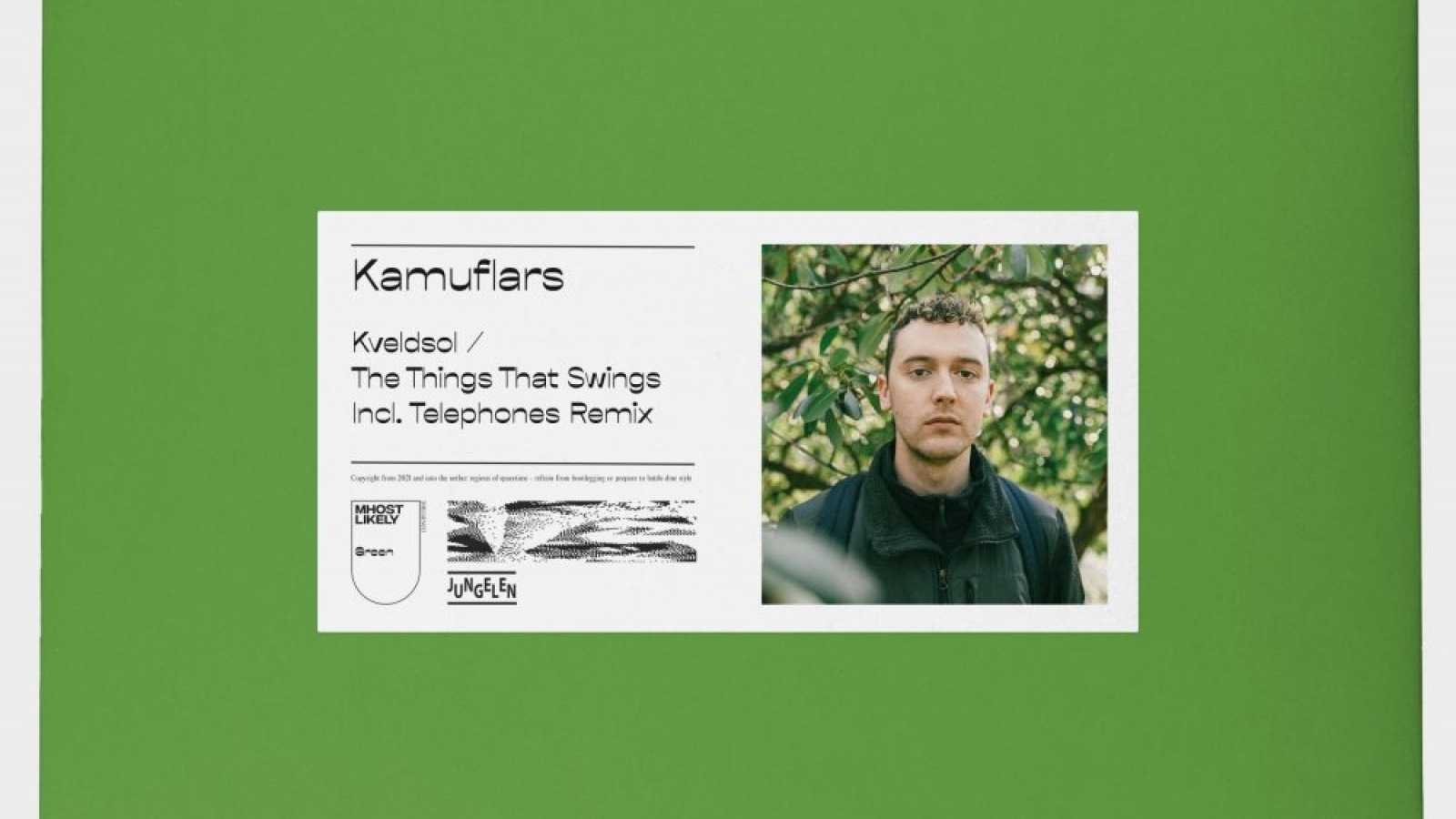 Kamuflars is the Jungelen label and party resident known for his eclectic electronic sounds. He makes a distinctive brand of Norwegian funk that has won him plenty of acclaim in the European press. Whilst the fast-rising artist’s last release on Mhost Likely took a more experimental broken beat approach, this new EP has you jumping in no time.

The skippy and bright beats, heavy basslines and luscious synth patterns of excellent opener ‘Kveldsol’ (which translates to evening sun) invite you on a tipsy trip to the beach at sundown. Next to that is the deliciously dub-heavy ‘The Things That Swings’ which does just what it says on the tin with luminous synth work adding to the bouncy yet dreamy atmosphere.

Berlin-based Norwegian and cult producer Telephones’s remix of ‘Kveldsol’ is perfectly breezy for the early morning hours. He has re-recorded some of the 606-drums and added Balearic elements through live recordings. As he perfectly describes it: “Pseudo-Balearic, Strictly Rhythm, after-hours party-vibes. Evening sun on Fløyen and view from the Sotra bridge with sea gust in the hair”. Finishing off is Plaisance Records man and South of France dub don Tom Manzarek. His Dub Remix of ‘Things That Swings’ is another of his superbly downtempo soundscapes complete with Zouk-inspired sounds.

This is another hugely charismatic selection of sounds from Mhost Likely Green and Jungelen.