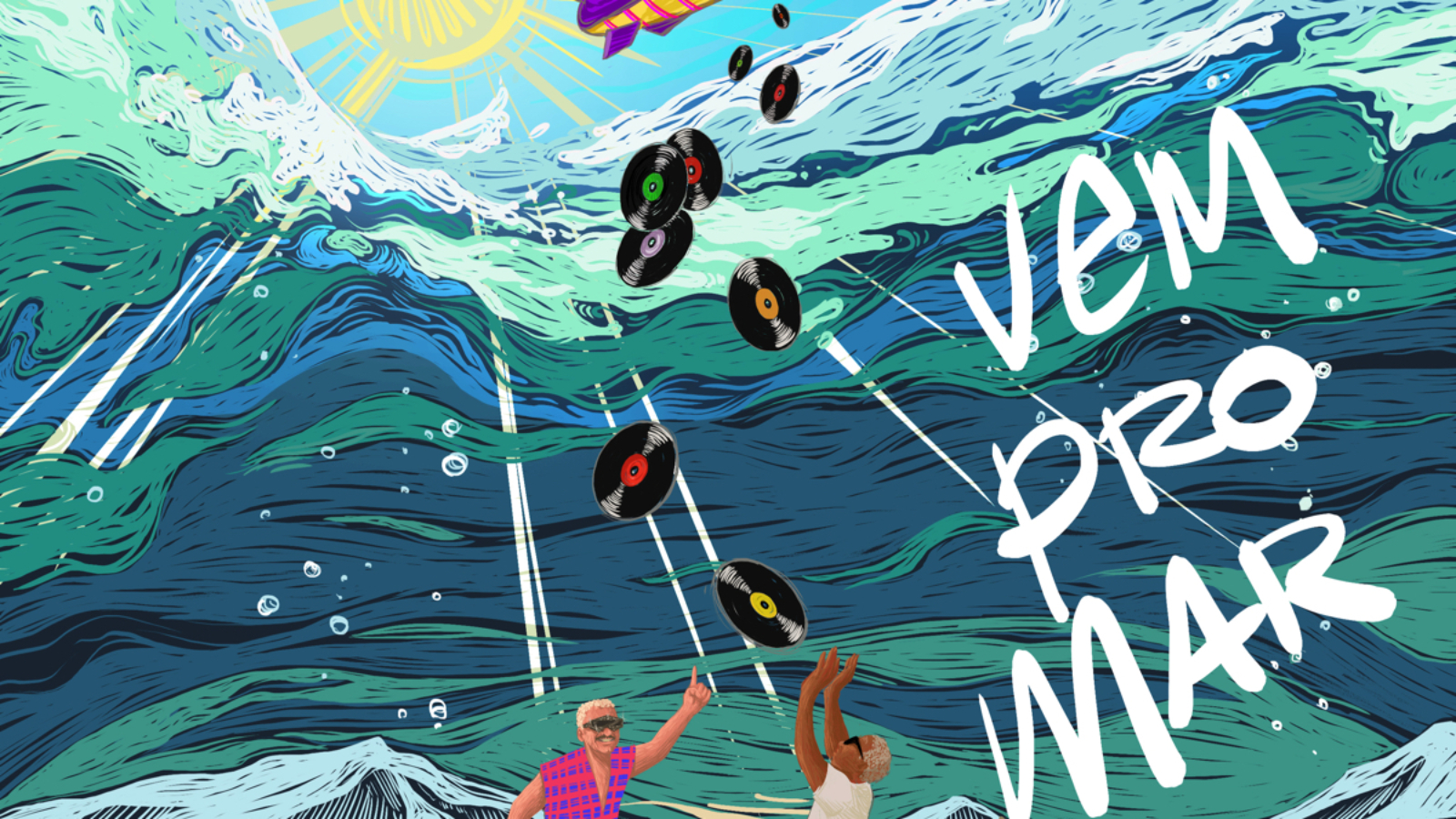 Nu Azeite brings together Rio de Janeiro talents Fabio Santanna and Bernardo Campos, both of whom have backgrounds that span MPB and house, funk and 80s disco with oodles of tropical percussion and jazzy riffs. Everything they do is rooted in the black music scenes of the 70s and 80s from the danceable beats to the storytelling Portuguese lyrics.

Fabio is the musician whose keys have been heard on albums by Marcos Valle and João Bosco, and Bernardo is the DJ who has defined the sound of his hometown as a resident of the famous RARA party and Pato com Laranja bar. Their sound mixes up contemporary touches with plenty of knowing references to the classics and this second album is a further development that dazzles on every level. It is a soundtrack to a day by the beach in Vem Pro Mar with hints of Brazilian legends like Lincoln Olivetti, Tim Maia and Jorge Ben.

The title track drops you onto a sun-kissed beach with warming synth waves and airy vocals while ‘Bate Macumba’ gets the party started with its disco-tinged grooves and ‘Água de Coco’ brings funky basslines and lush strings. Maria Thalita’s seductive vocals feature on the sunset house sounds of ‘Saudade’ and ‘Na Salineira’ has you gazing at a clear blue sky as noodling jazz-funk chords rain down from above.

Vem Pro Mar is a danceable, fun and sophisticated album of Brazilian sounds that unites the past and the future in a sunny and breezy present.