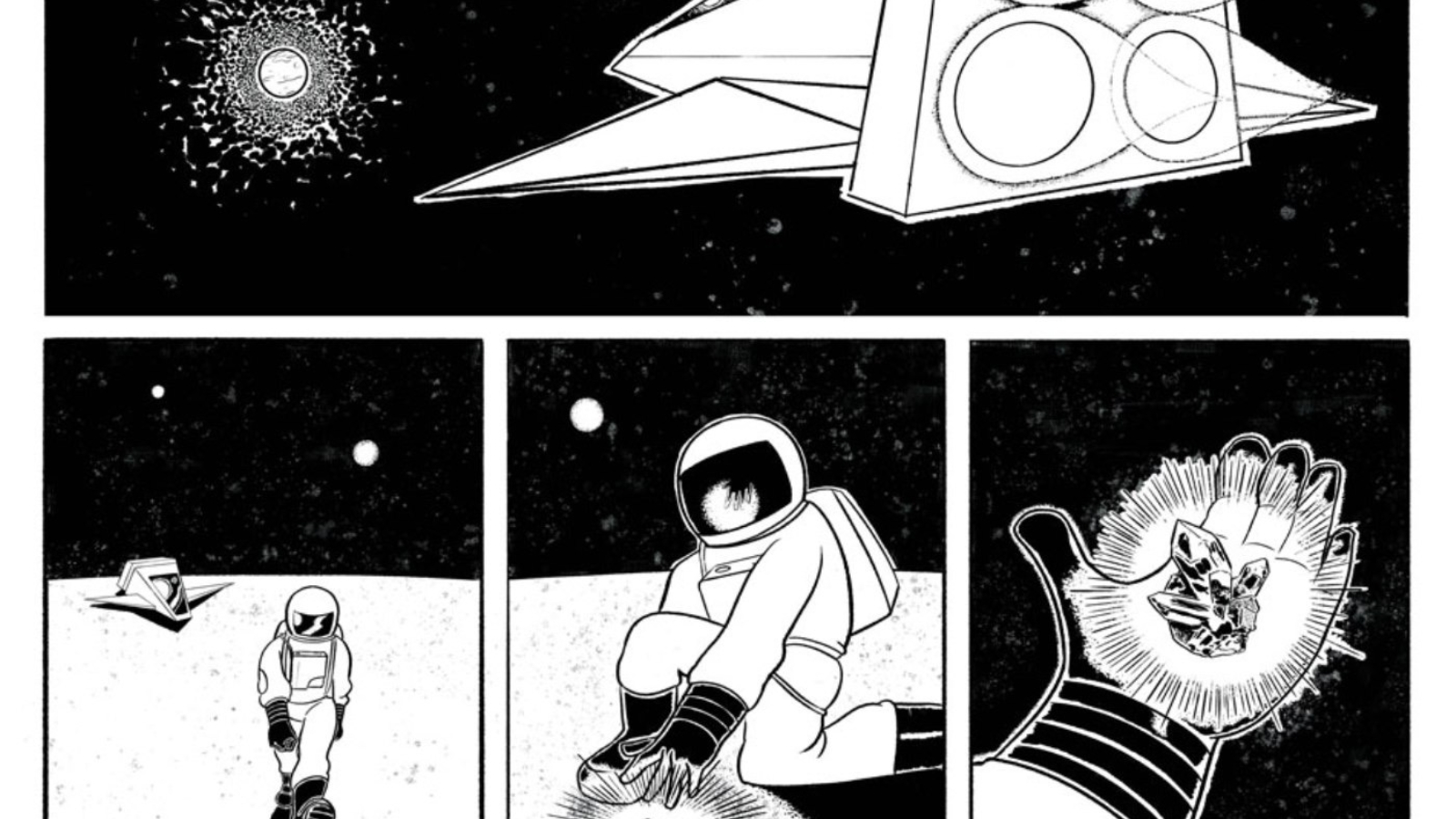 Damián Schwartz makes a welcome return to Pulp for his third full-length album, La Sal De Tu Especie. The 11 track record was written over the last three years as a way of coping with some tough experiences and features remixes from K15 and Gifted & Blessed. It once again finds the Madrid producer serving up the sort of richly musical house that has always stood him apart.

Schwartz has been away for a while but emerged in the early 2000s with an artful take on house music. As a student of jazz, composition and bass, his intricate grooves have always been embellished with real melodic craftsmanship. In the past, they have come on this label, Esperanza and A Harmless Deed which he co-runs with José Cabrera. He has put out two albums before now and also works under the Epiphany alias as a producer and live act.
He is a real master of his analog machinery and someone who never fails to bring fresh ideas. This superbly adventurous and widescreen new album proves that once again and shows off diverse influences such as 90’s broken beat by acts like Hanna and 4 Hero, the early IDM of LFO and Aphex Twin and the Detroit house and electro styles of greats such as Juan Atkins, Teknotika, Marcellus Pittman and Kyle Hall.

It kicks off with ‘Renacido’ which is a cinematic synth opener that places you into orbit. ‘La Elipa’ is expansive and jazzy house with cosmic chord work over the tight, punchy kicks and ‘Lopp’ then gets physical with broken beat drums and funky bass dancing around each other to uplifting effect. The superb ‘Zwei Danke’ is another masterclass in off-grid beat programming and soulful machine sounds that captures the essence of early Detroit house.

It is remixed by K15, a vital London beatmaker with credits on labels like Eglo and Wild Oats. His version showcases rugged, lo-fi and dusty drums softened by heart-melting chords and angelic vocal coos.

Schwartz’s ‘Morro Da Urca’ is a suspensory ambient interlude that makes way for the crisp electro-funk and starry-eyed pads of ‘Rufo,’ then ‘Meco’ cuts loose with boogie bass and glistening drums and perc that voyage through a whole eco-system of bright, nebulous synths. ‘Mika’ is another out of this world house composition with majestic leads and pixelated pads that bring warmth and future soul. There is real electricity in the freeform keys and corrugated drums of ‘Coney Island’ that will ensure any dance floor takes off.

Final remixer Gabriel Reyes-Whittaker aka GB (Gifted & Blessed) is a composer and sound artist whose music is a constant exploration of the bridge between the technological and the ancestral. He flips ‘Loop’ into an Afro-future jazz dance with infectious percussion and expressive chords that never rest.

‘La Sal De Tu Especie’ is a timeless fusion of jazz freedom and house grooves that takes you into a magical new dimension.

Artist Quote – “The 11 track record was written over the last three years as a way of coping with some tough experiences and features remixes from K15 and Gifted & Blessed.”