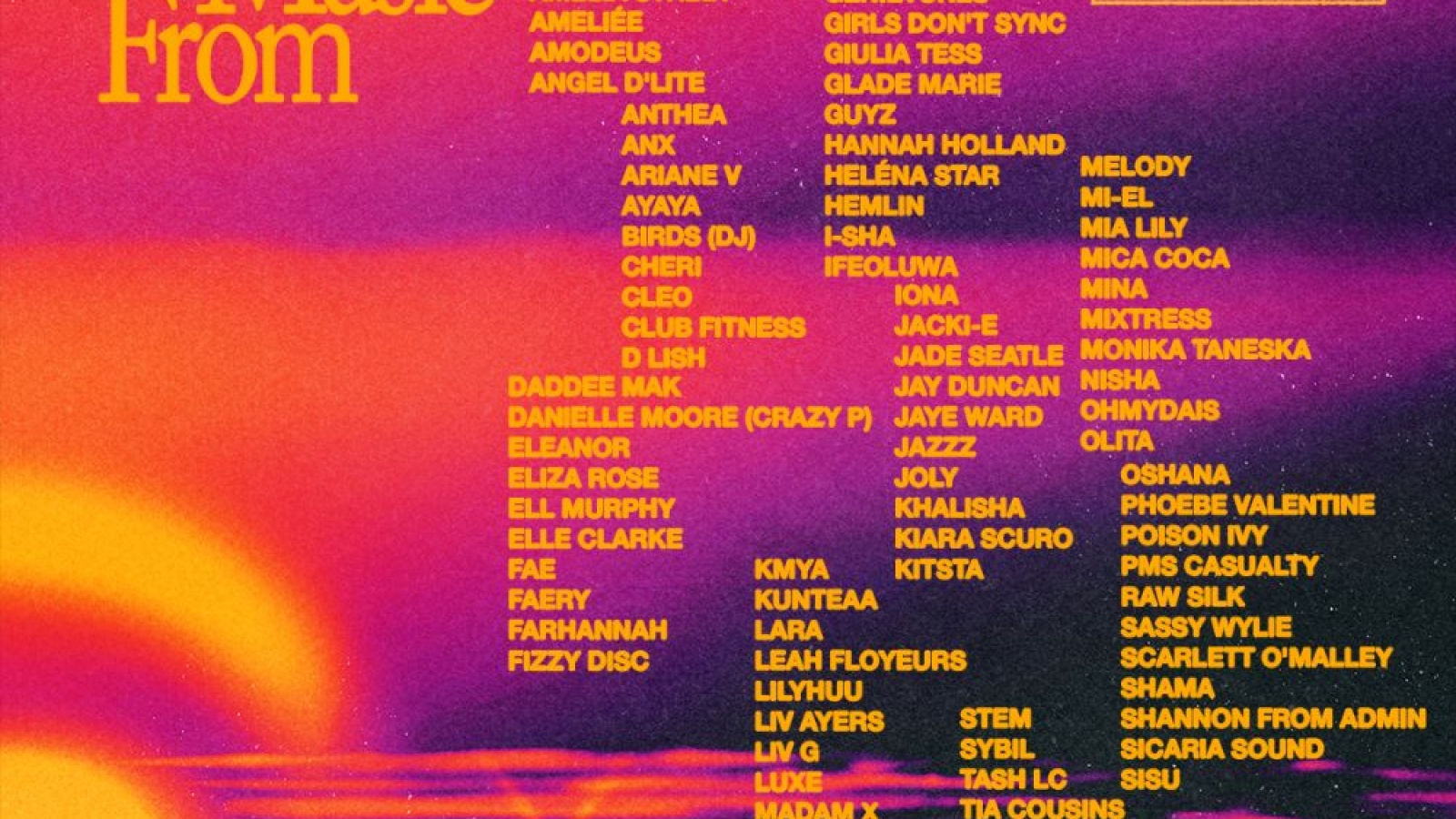 Launching next month, Risen is a brand new day-to-night party centered around divine feminine, made up of a crew of female, non-binary, trans and female identifying artists and collectives, plus a plethora of female-led talent working behind the scenes. Happening on Saturday 9th April 2022 across various revered venues in London’s Hackney Wick, Risen will champion the diversity of the electronic music spectrum in both sound and representation.

The already impressive line-up reaches for all far reaching corners of the underground electronic music movements, and now there’s even more to shout with 30+ new artists and crews, ranging from next-gen ‘ones to watch’ like Amelia through to established party crews like Femmme Fraiche. All this on top of the heavyweight names already announced – expect big, bad club bangers from rising superstars Girls Don’t Sync, cosmic, oddball electronica from iona, left-leaning bass explorations from Madam X, and lots more across the selection of day to night sessions. The policy is simple – the dancefloor is open to all, and there’s a new energy powering the initial Risen outing.

The Risen initiative has been co-created by Kitty Bartlett and Alice Franklin, and supported by Maria Grzeszczyk as Head Of Operations – three female members of the Percolate team. As well as the artists at the forefront, Risen also wants to focus on female, trans, and non-binary people who are working behind the scenes in the clubbing community. Risen will aim to work with a non-male team where possible, and where gaps are identified, arranging for training or skill sharing with female and male counterparts. Visibility and inclusion will be a major part of the programming, and the first edition will be something special – paying homage to the people and groups who are creating a progressive club culture.

“The response to the festival so far has been inspiring, and we feel so lucky to be adding even more new talent to Risen. We exist to champion these up-and-coming artists in underrepresented groups in the electronic music industry and set meaningful change for 2022 and onwards, hopefully with the love and support of all music fans behind us. The dance floor is open to all, and we hope to see Risen full of people who support our mission.”
Alice Franklin – Co-Creator & Creative Director

RISEN have also just announced their ‘RISEN AT NIGHT’ after party, taking place at Colour Factory. Taking place at Colour Factory in Hackney Wick, Risen at Night sees three of the UK’s most exciting crews, B.L.O.O.M., Rhythm Sister, and Sisu, continuing the festivities and taking over the venue into the early hours of the morning. Joining them and a selection of their residents will be the legendary Mama Snake, CCL and Sayang.
More info and tickets here.

LINE UP – ARTISTS AND CREWS