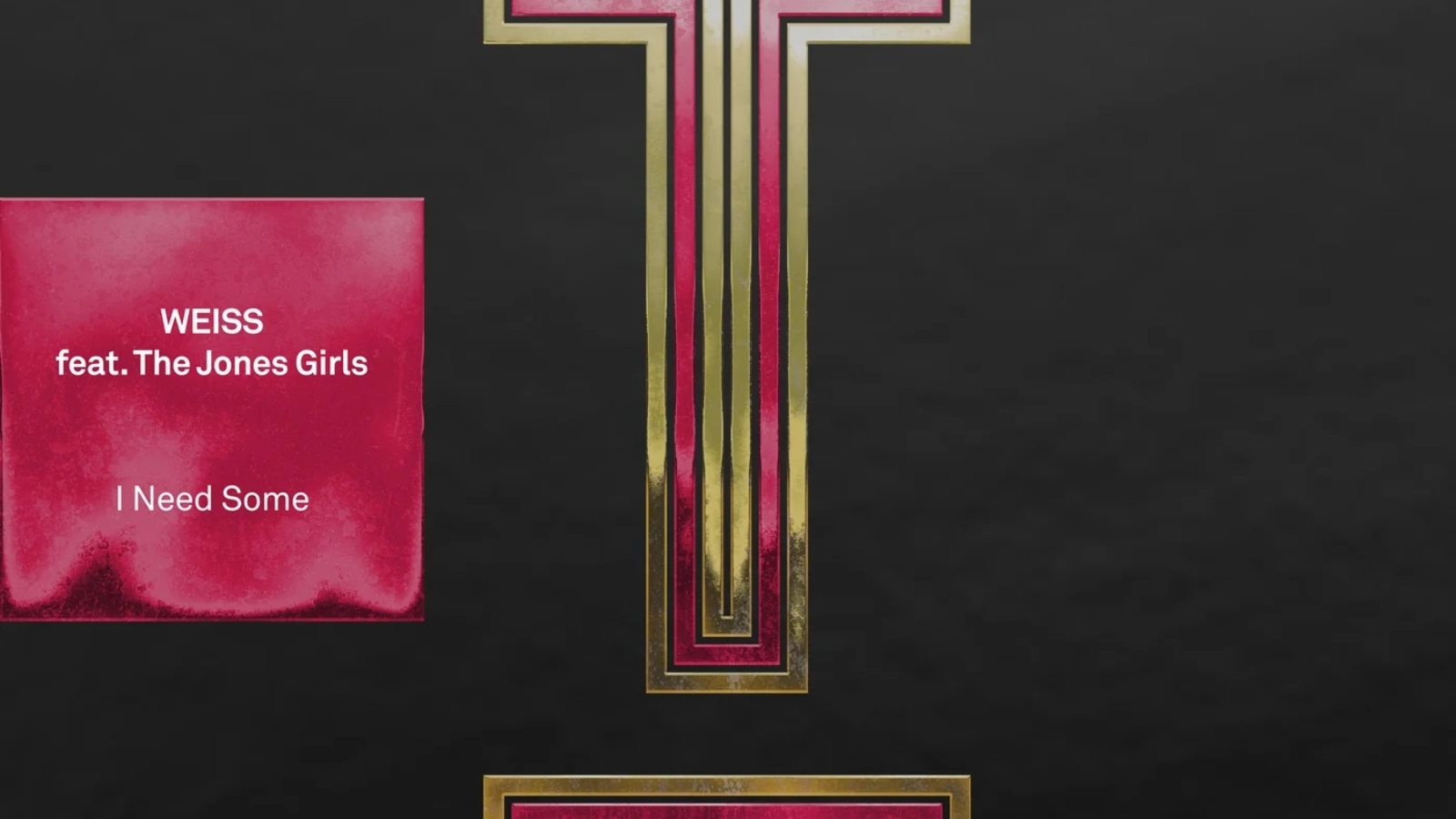 Lined up next on Toolroom, we’re set to welcome the return of WEISS to the label 3 years after his last outing. Most known for his certified gold, 2018 smash-hit ‘Feel My Needs’, which received critical acclaim, topping 5 international music charts at #1, and earning DJ Mag’s ‘Best Of British Winner’ in 2018. WEISS himself has locked in an incredible collaboration with legendary Soul act The Jones Girls, using their classic record ‘You Gonna Make Me Love Somebody Else’ to create the club stomping cut that is, ‘I Need Some’.

A prolific DJ and producer, WEISS has released cuts on DIRTYBIRD, Universal, Island Records, D4 D4nce, Glitterbox and Toolroom along with remixing A-list artists including Kylie Minogue, Robyn, Calvin Harris and Rag n Bone Man to name a few. When it comes to the House Music elite, Weiss is amongst some of the best there is, touring worldwide and sharing stages with Armand Van Helden, Todd Terry and MK.

Of course, The Jones Girls are an act that needs no introduction, the legendary Philadelphia trio of sisters are the vocalists behind the classic Soul cuts ‘Nights Over Egypt’ and ‘Who Can I Run To’, released on the renowned Philadelphia International label. Backing singers to both Aretha Franklin and Diana Ross during the 1970’s, The Jones Girls have left their mark on Music History and still influence artists and vocalists alike today.

With a passion for all things Soul, Disco and R&B, WEISS has officially fulfilled a childhood dream working with The Jones Girls to create ‘I Need Some’. This is a Disco House focused cut that pays homage to the original record ‘You Gonna Make Me Love Somebody Else’, whilst reinterpreting the sample and making it club ready for dance floors in 2022.